Last week I decided to so some binge TV watching to finish out the most recent season of Justified on FX. My wife was home and doing some reading across the room. I fired up FX on my iPad Air with earbuds in place, and started in on the first of the three final episodes. During the first of the un-skippable commercial breaks the first commercial aired without incident. I actually closed my eyes a bit while it was airing. And then, wham, I thought my head was going to explode. A Burger King commercial started, the audio volume increased so dramatically that I ripped my earbuds from my ears as if they were suddenly hot coals. From across the room my wife remarked that she heard the sound even before I pulled out the earbuds. 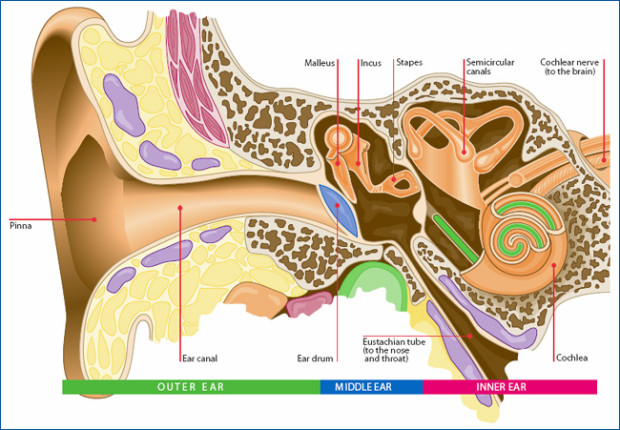 I had a ringing in my ears for the rest of the night and into the next day. Needless to say I was more than aggravated. In fact, I was very concerned. I’ve experienced commercials where audio increases in volume on mobile devices before, but never to that ear-splitting and painful degree. I have also been in situations with surprising sudden loud bursts of noise have made me fear for my hearing, so I know that uncomfortable feeling you have when you think damage may have been caused. The next day I decided to look into the issue and learn a little about hearing, audio, earbuds and headphones, as well as any regulations or rules that may or may not be applicable. I also went to an audiologist to have my hearing tested.

Suffice it to say that there are no regulations from any government agency that apply to commercials increasing volume to an uncomfortable level when it comes to our mobile usage. You may be familiar with the CALM Act. CALM stands for the Commercial Advertisement Loudness Mitigation Act, which was passed by Congress in 2010. The CALM Act mandated that the Federal Communications Commission (FCC) establish rules and regulations to require television commercials to have the same average volume as the programs they appear on. The FCC issued a rules order putting the act into effect in December of 2011 and gave cable operators and broadcasters until December of 2012 to comply. Cable operators and broadcasters were given an opportunity to file for an extension if they couldn’t meet the deadline.

All well and good for keeping overly loud and obnoxious commercials from blaring into your living room or TV room. Right? Well, as far as the CALM Act is concerned the jury is still somewhat out on its effectiveness. A December 2013 report in Network World said that the FCC had received over 20,000 complaints since the rules took effect the previous year. Some see that as positive, others do not.

But the FCC and the CALM Act have no effect on the audio we hear on our mobile devices. So ISPs and content providers are under no such restrictions. And the problem with overly loud commercials is amplified when a user is watching and listening to a show on a mobile device with earbuds or headphones, because the sound is being funneled directly into the listener’s ears, not dissipated into a room.

It is not news that exposure to loud sound levels can cause hearing problems. We’ve heard that for years. There have been countless warnings for the young and old about hearing loss that can be caused by playing music too loudly in headphones and earbuds.  It’s called acoustic trauma. The quote below is from Beltone, makers of hearing aids:

Noise–induced hearing loss is generally caused by two types of noise: sudden, earsplitting bursts, such as gunfire or fireworks; or ongoing exposure, such as factory noise or loud music listened to over time.

Ear buds are primarily used to listen to music, and little thought is given to the amount of time worn, or at what level of volume. Currently, it’s not unusual for people to listen to music or the radio at high volumes for several hours per day.

And this quote is from the American Speech-Language-Hearing Association:

I can’t say with any accurate measurement how much of a sudden increase there was in that Burger King commercial. Having been involved with firearms, heavy construction, and also with sound equipment checks, I can say that what I heard was loud enough to be painful and cause me concern. At my appointment with the audiologist we now have established a baseline to measure against for any future degradation in my hearing. Given that this was my first trip there was no way to know what my hearing was before the incident.

Since that experience I have been very careful about listening to any video that has commercials. On the iPad Air there is a toggle switch on the side above the volume buttons. In Settings there is an option to have that switch function as a lock/unlock switch for auto-rotation, or as a mute switch. I typically have it selected for display rotation control, but now when I watch video I reconfigure it as a mute button, so that when commercial breaks begin I can quickly mute the sound.

Most mp3 players are rated at a maximum decibel output of around 100db to 110db. On hearing charts this is rated in the Very Loud category. Anything in that category is considered dangerous to listen for over 30 minutes. Anything over 85db can be harmful over extended periods according to the National Institute of Health. As a reference point, lawnmowers typically rate at 90db. I actually played the offending commercial for my audiologist without earbuds and she was shocked at the volume increase. She measured the difference between the audio of the preceding commercial and the Burger King commercial as jumping from 70db to 119db. The iPad Air volume was set at about 60% for the test.

The Internet and things mobile are in many ways like the Wild Wild West with very little regulation beyond the radios that mobile devices contain. As we’ve seen the Federal Communications Commission (FCC) has plenty on its hands even trying to determine rules about how open the Internet should be. And from my research, audio issues for mobile devices that may fall under the CALM Act for television are not even on the FCC’s radar.

Typically, laws and regulations that come into play about mobile devices and mobile usage are reactionary. Simply put, things are so new and changing rapidly that it is practically impossible to be proactive. So, for the moment, we’re on our own when it comes to protecting our hearing.

With auto playing video on our desktops and laptops now once again a scourge of the Internet (it was a fad that faded after user complaints at one time), it is only a matter of time before that occurs on our mobile devices. Facebook introduced auto playing video in December of 2013 into news feeds on both mobile and desktops. If you paused over a video in your news feed it would begin playing without sound, and if you clicked on it, it would go full screen with audio. Facebook initially said there would be no way to turn this off, but relented and now there is a way to do so permanently in settings for the desktop. For mobile devices you can only turn auto playing video off when you are not on WiFi, and you have to turn it off for each device.

It is only a matter of time before auto playing video becomes an annoyance on our mobile devices in the same way it is on our desktops these days. With it will come intrusive commercials. Keep in mind that those who make money off of selling those ads do so once the ad begins rolling. If you click off of it, or stop it playing it doesn’t matter. But all it may take to spark acoustic trauma is a quick few seconds of an overly loud commercial playing before you can hit the mute button.

I wonder if Burger King and FX were aware of just how painfully deafening that commercial was. Unfortunately as I was preparing this post, the Burger King commercial no longer seems to be running on FX programming, so I am unable to provide video evidence of what I heard. Perhaps someone responsible actually listened to the commercial and decided to pull the campaign. I have written to Burger King and FX but have received no reply from either. I will update this post if I do.

There are many recommendations from many sources on what you can do to prevent hearing loss when using headphones. Of course listening at lower levels is the first one recommended. Here are some others I have found:

Based on my recent personal experience I would also recommend having whatever muting option ready to go if you know that commercials will be playing during your viewing.