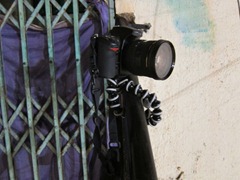 As I noted in an earlier post, I haven’t used a lot of the gadgets I brought on my trip to India and wish I’d left them at home. My Manfrotto tripod and monopod are the two largest items that I haven’t used a single time since I’ve been here. Instead, I’ve been using the much more mobile Gorilla Pod to stabilize my cameras when needed.

I brought the Gorilla Pod to my brother-in-law’s wedding reception and used it to grab a few long-exposure shots with my D700. I wrapped the Gorilla Pod around a handrail at the top of a flight of stairs to catch the below image. This is one of three courtyards rented for the reception, which had over 2,000 guests. This courtyard had dozens of chefs cooking up food from different regions of the country.

I was trying to capture the scale of the event with this shot and couldn’t have done that without the Gorilla Pod.

There have been several other instances during the trip where the Gorilla Pod’s come in handy. For example, I used it to mount my Canon S90 on the side of a motorized rickshaw to capture a video of the crazy traffic in Mumbai. 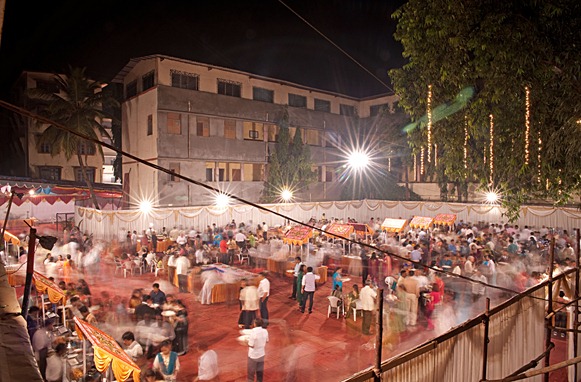