The prospect of a low-cost iPad Mini is exciting for developers hoping to tap into a new market of app buying iPad owners.

Adding to the interest is the high likely hood of Apple AirPlay Mirroring to an Apple TV, which consumers might buy quicker with a lower cost iPad on the market.

We caught up with Matt Braun, developer of SketchParty TV, an iPhone and iPad app that turns the iPad or iPhone into a drawing board for a high tech, high energy game of digital Pictionary on the Apple TV, to find out what his plans are for the iPad Mini. Check out the game in action below.

If the iPad Mini features AirPlay Mirroring, something Braun expects, he plans to have SketchParty TV running on the smaller tablet on day one, or shortly after with an update. Braun tells GottaBeMobile by email that he has a, “feeling no updates will be required.” 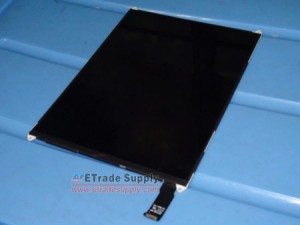 Based on the leaked display samples we’ve seen, it looks like the iPad Mini will use a 4:3 aspect ratio just like the larger iPad, and it’s very likely that the iPad Mini will use the same resolution as the iPad 2, allowing iPad apps to just work on the iPad Mini. Braun believes this is the direction Apple is going because, “That’d speak to Apple wanting the best experience for their existing customers who are already used to iPad app layouts.”

It’s very likely that the iPad Mini will use the A5 processor found in the iPad 2, or a similar processor, and this is important because it would offer AirPlay Mirroring. For Braun, this would be good news because SketchParty TV relies on an Apple TV, but in the larger picture it makes sense. Apple will likely pitch the low-cost iPad Mini as a portable device that can quickly transform into a bigger display when connected to an Apple TV.

Braun hits on something Apple is certainly thinking of as executives hash out the ipad Mini Price, telling GottaBeMobile, “What I’m excited about is how many more people would be able to afford both an iPad mini and an Apple TV.” If Apple is able to price an iPad Mini at $250, users could buy the Mini and an Apple TV for less than the cost of the iPad 2.

When it comes down to using apps across devices, Braun speculates that the iPad Mini will run iPad apps without the need to buy a separate app tailored for the iPad Mini.
Related Topics:AppleAppsiPad miniSketchParty TV