LTE-Advanced: Faster Data Speeds, But Will Require Even Larger Phones

LTE-Advanced will be the next generation of mobile broadband technology that promises even faster data speeds than today’s 4G LTE technologies used by U.S. carriers AT&T Mobility, Sprint Nextel, T-Mobile USA, and Verizon Wireless among others. However, the major drawback to this technology is that it will require additional hardware and power to function, which would require larger or bulkier smartphone designs as more internal space inside the phone is needed for the components to make LTE-Advanced work.

A number of U.S. carriers have already committed to deploying LTE-Advanced so the technology will be coming along with its much faster mobile broadband data speeds. Users just need to beware that their pockets and purses will bulk out even more to accommodate this need for speed. 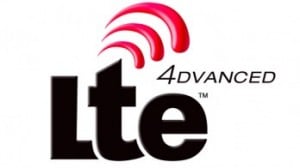 One of the reasons for the added circuitry is that LTE-Advanced uses the multiple-input, multiple-output (MIMO) technology to achieve these faster speeds. This means more antennas will be needed to receive signals from different bands and spectrums. Additionally, more powerful processors will be needed to try to coordinate all this work of which spectrum and which antennas to use. At the end of the day, the processors will need power to stay active, and so larger batteries may be required.

Given all these hardware requirements, Technology Review says that the opportunity cost in order to achieve faster data speeds would be larger smartphones.

Extrapolating from this, perhaps this is why manufacturers are beginning to jump on the phablet craze releasing devices with increasing screen sizes. Many of the phones released this year at the high-end space will have screen sizes between 5 and 6 inches. This would help to accommodate more components and circuitry inside the device as there is now more volume and space inside to house the hardware pieces that LTE-Advanced may require.

Like with LTE, it may take a while before battery life is optimized and then the technology will take off. The HTC Thunderbolt in the U.S. was released more to a niche geek audience and many early reviews of the phone were negative due to the poor battery life as LTE was not yet battery optimized at that time.

Though it may be a while before LTE-Advanced becomes mainstream, it’s poised to arrive in North America by the end of 2014 and Qualcomm had already announced a chipset that’s capable of delivering 150 Mbps, up from the 15 Mbps at the very high-end of Verizon’s promise of LTE today.

And while faster data speeds is one goal of using the next generation LTE-Advanced technology, another benefit would be bandwidth. With increasing consumption for data, carriers are looking to the more data-efficient LTE-Advanced technology to manage bandwidth as it’s a lot more efficient than LTE. According to Technology Review, “If you stay with only LTE, you can only support a certain number of users. With LTE Advanced, you have significant increase in data rates, or the same data for many more users.”