It appears that AT&T won’t be the only U.S. carrier that will see Nokia’s Lumia 900 Windows Phone as a new report claims that T-Mobile could be getting the device sometime this summer.

According to a report from WMPowerUser, a T-Mobile representative very bluntly revealed that the carrier would be getting the device at some point during the summer months of this year.

The representative did not reveal any specifics about the date. 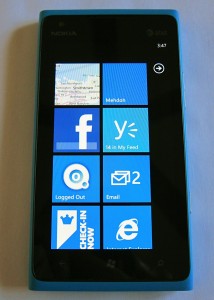 There have been rumors swirling since early this year about the period of exclusivity that AT&T has on the device. The carrier is rumored to have a 45 day stranglehold on the device at which point, other U.S. carriers like T-Mobile, Sprint and Verizon could potentially start offering up the device.

The device has also been rumored to be packing an upgraded camera.

That wouldn’t be the only difference that the device would have should it head to T-Mobile.

The Magenta carrier currently doesn’t have a 4G LTE network in place and won’t until 2013. AT&T’s Lumia 900 is a 4G LTE device.

So, it would likely run on T-Mobile’s HSPA+ 42 network, which is fast, but cannot pull in the data speeds that a 4G LTE network can.

T-Mobile seems like the most likely destination for the Lumia 900 as it has carrier several Windows Phones in the past, including the Nokia Lumia 710.

Sprint and Verizon still don’t offer much of a selection in terms of devices that are running Microsoft’s mobile operating system.

Would you buy a Lumia 900 if it landed on T-Mobile’s network? Or would you rather wait for Windows Phone 8 devices coming later this year?