An app that a smaller group of Windows Phone users and potential new users have been waiting on is Lync. Lync is a Microsoft platform that enables a secure communications platform for business. Like an Exchange server, Lync requires a server and license for the company to deploy the services. Lync is a single platform that provides an internal chat client that is secure, audio video conferencing services, VOIP, and more and it integrates well with other Microsoft products like Exchange Server.

According to WP Central, an official Lync client for Windows Phone 7  has been released and is available in the Windows Phone Marketplace now. Be aware, this app requires a Lync Server or Office365/Lync Online account and will not work without it. 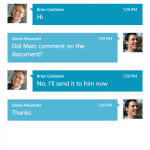 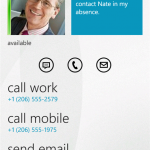 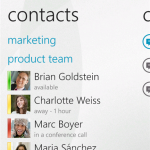 Lync 2010 for Windows Phone extends the power of Lync to your mobile device – including rich presence, instant messaging, audio conferencing, and calling features from a single, easy-to-use interface.

To learn more, check out these resources: