When Apple announced OS X Mavericks at WWDC 2013, they didn’t say much about a new feature in Mac App Store software inspired by iOS. Apps can start using a subscription model with in-app purchases. Developers can add subscriptions to apps that offer a service, like file syncing services DropBox or SugarSync, to name a couple. 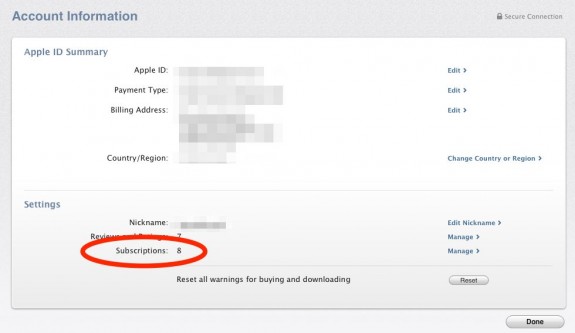 Developers might love adding subscriptions to their apps, but we can see popular apps beginning to charge a subscription for their apps instead of letting users buy once and keep getting free updates into perpetuity, which is how it works now. Developers complain that this makes it hard to keep the doors open, since they can’t keep collecting money for big point releases without creating a new app in the store.

DockView shows that developers want subscriptions to keep getting paid for their apps.

Adobe recently took this route with Adobe Creative Suite. They stopped using the buy once business model and went to a subscription service for Adobe Creative Cloud.

Another useful app in the Mac App Store called DockView did something to support this fear. DockView gives OS X users a preview of the open app windows when the mouse hovers over the Dock icon. They developer updated the app. Now users must buy an unlock code to use the new interface.

Currently users can download an app and keep it forever. If a developer wants to make more money they create a new app and, either leave the old one in the app store, or pull it. Those who bought the old version will still get to use it as is. This new subscription model can break this loophole, forcing user to keep paying for their apps to use them.

Subscription might benefit developers. Users of existing subscription services might like simply paying through the app store. However, we see more apps transforming themselves into a subscription model at the cost of users.