If you’re waiting to get your hands on a fancy new Mac Pro but you still haven’t ordered one yet, there’s still no hope for you just yet, as shipping estimates have slipped again. What once was a shipping estimate of sometime in February has now been pushed back to March.

Both models of the Mac Pro are seeing a March shipping estimate, and this includes the $2,999 base model, as well as the step-up $3,999 version.

We’re guessing if you ordered yours earlier on and are still waiting for it, you’ll most likely receive it soon, but for those who haven’t ordered one yet, you’ll be waiting until at least March before you’ll get it on your doorstep.

Apple officially launched the new Mac Pro back in December, just a few days before Christmas, and the original shipping estimate was set for December 30. However, that quickly jumped into January, and then before we knew it, shipping estimates slipped to February within a couple of hours. 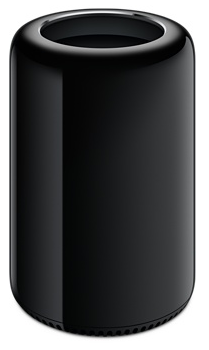 Apple said recently that “demand for the all new Mac Pro is great and it will take time before supply catches up with demand.” However long it takes for supply to catch up is a mystery, but we wouldn’t be surprised if we ended up seeing an iPhone 5s-like launch event again, where we didn’t see supply fully catch up until a few months after the phone’s launch. Heck, we’re already seeing it now.

The Mac Pro isn’t for everyone, and it’s mostly aimed at professionals, but it seems that enough people want the new Mac Pro now that they’re sold out until March. Furthermore, the new machine is being assembled right here in the US at a new factory in Austin, Texas, and a lot of people think that’s what’s slowing it all down, but we digress.

Both models can be customized and upgraded to pack in 8- or 12-core processors, D700 graphics and 64 GB of RAM. It turns out that a fully maxed-out Mac Pro will cost $9,600, but seeing as you’ll most likely want a keyboard and mouse (which are sold separately for some unknown reason), as well as a couple of Thunderbolt displays (one of which is a 32-inch 4K display from Sharp), that will bring the cost up to a whopping $14,330 for the full setup.