Touch-friendly user interfaces for Windows 7 seem to be all the rage lately. The latest is an overlay from UI Centric codenamed Macallan, which has nothing to do with Macs and looks highly reminiscent of Windows Phone 7 minus the tiles. 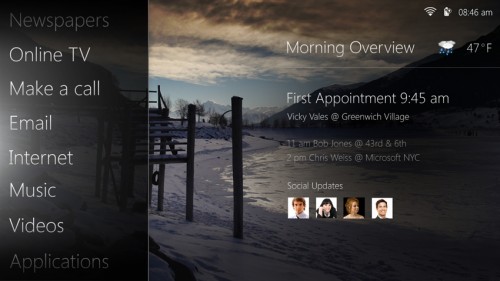 Per the press release from UI Centric, Macallan was “designed from scratch specifically for tablet/slate form-factor devices”. While the font and use of large-sized words smacks of Windows Phone 7, the underlying experience does appear to be significantly different.

From the video demo (below), we can see access to videos and the calendar, as well as Hulu on the web in full screen. Scrolling is done with a slide of the finger across the screen, rather than across a scrollbar. That earns them one gold star from me, and the big, finger-friendly, on-screen keyboard earns another. Also noticeable is the taskbar-type area at the upper right corner only takes up that one corner, rather than taking up the whole top edge with a bar. Returning to the home page is done by dragging a finger from the upper right corner in a “tear-off” page effect. 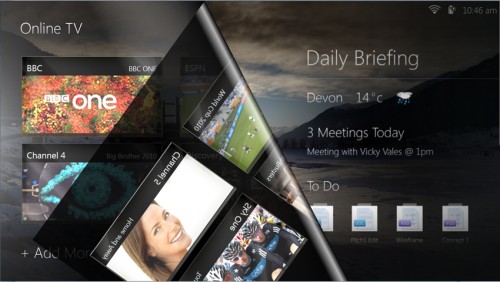 Macallan is easily the most attractive touch-friendly UI overlay I’ve seen for Windows 7 thus far. I like that they’ve taken the opposite track from the “cram everything you can into the screen” approach. The open space and clean look gives an impression of calm. Just show the user the most immediate stuff up front and if they want to see more, they’ll scroll for the rest.

They intend to offer this UI overlay under a license to hardware makers for both Windows 7 or Windows Embedded Compact 7 with the first such device to debut in Q3 this year, details pending. Unfortunately that means you won’t be able to install this on your existing touch tablet. Regardless, I’m looking forward to seeing this interface hit the street soon.