MacBook Air Review Part 2: It's Like Driving a Mercedes Benz

I’m doing a multi-part review of my new MacBook Air and have gotten a lot of questions. Geeks and non geeks alike have been asking me about my latest laptop and why I call it the best laptop I’ve ever used. At first glance the MacBook Air has a lot in common with other thin and light machines, but it’s in a class of its own for the time being. The easiest analogy for me to draw here isto my Mercedes E350.

You can read part 1 of my MacBook Air review here 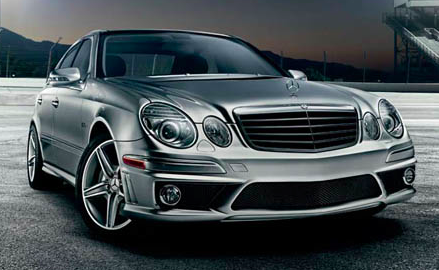 Like my vehicle of choice, the MacBook Air is simply beter than the sum of its parts. Steve Jobs did not exaggerate one bit when he called the new MacBook Air the future of notebooks. At least a dozen people stopped me to ask me about my new MacBook Air during my recent trip.  I don’t buy gadgets or cars to get compliments from random strangers, but the experience is similar. It’s the first time this has happened to me so much with a laptop since I bought the first generation Apple PowerBook G4 Titanium back in 2001.

On paper the Mercedes is similar to just about any four door sedan, such as a Toyota. The current Toyota Camry and my Mercedes E350 both come with 3.5 liter engines with a maximum output of about 270hp. They both have four doors and plenty of room for five passengers. If you put the spec sheets of these two vehicles side by side you’d find that they have more in common than not. ABS, Navigation, loud audio system? Check, check and check.

There are a bunch of notebooks out there with specs that are similar to the MacBook Air. Lots of them can be configured with SSDs, NVIDIA graphics and a decent keyboard. But Apple’s managed to tie all of the right components together and plop in a purpose-built operating system. The result is that it’s a joy to use the MacBook Air. I’m almost certain I have a silly grin on my face when I use my MacBook Air, just like I do when I drive my Mercedes down a windy road.

Like a well-equipped Mercedes, the MacBook Air offers a lot of niceties that aren’t listed on any spec sheets. Both are responsive and do what you instruct them to do instantly. The fit and finishes are of the highest quality and there’s nothing ‘cheap’ about either of them. Both my car and the new MacBook Air don’t sacrifice function for looks. Both look great, but that’s not nearly as important as performance. When I slam on the E350’s brakes the car stops almost immediately. When I wake my MacBook Air it wakes instantly. There’s no spinning beach ball or other mystery results, such as a crashed systems.

The MacBook Air is not the fastest computer and it doesn’t even have Intel’s latest generation of processors. But that doesn’t much matter since it comes with a NVIDIA GeForce 320M GPU. OSX and many of the applications I run on the MacBook Air take advantage of the GPU, which means graphics and video is smooth as silk. I haven’t rendered any large video files with the MacBook Air, but this isn’t the right tool for that job. With a few click I can generate a perfectly acceptable photo slideshow, complete with all the effects that Steve Jobs showed off in his recent iLife keynote.

A kid in a car that costs half as much could probably beat the pants off of me in my Mercedes at the drag strip and on some roads. All it would take would be a Camaro, Mazda or Mustang with a beefier engine. But how often do I race? Rarely. Usually I’m driving to a family member’s house, to the store to pickup groceries or cruising down to Silicon Valley for a meeting. The same goes for my computing habits. I work with photos a lot, but spend a small fraction of my time producing videos. Over 90% of my time is spent using a Web browser and other simple applications that don’t require much horsepower.

The Mercedes E350 is very comfortable to drive, with the controls almost perfectly laid out. I can talk to the car, thanks to integrate Nuance technology, so I don’t have to take my hands off the steering wheel to input destinations or change the radio station. When I want to have fun I can use the paddle shifters to change gears. It’s a lot more comfortable to drive than any other car I’ve driven. This means I have no problem sitting in the car for hours on end during long road trips or when stuck in San Francisco Bay Area traffic.

The same goes for the MacBook Air. The large glass trackpad feels just like the one found on my 15″ MacBook Pro. The keys are full sized, which means I can type at full speed. Some of the keys, such as the function keys are shorter than normal, but that’s just fine with me since almost all of my keystrokes are in the alphanumeric area of the keyboard. The result is that I’m able to work for 10+ hours a day on the MacBook Air without getting too uncomfortable. That’s an impossibility for me with smaller devices with smaller keyboards and trackpads, which are often found on ultraportables and netbooks.

If you haven’t taken a close look at iLife ’11 I’d strongly suggest doing so before making your next home laptop purchase. It does most of what the average family needs in an elegant way. It’s a serious improvement to previous generations of Apple’s consumer multimedia software. It may be too simplistic for geeks and those who are more serious about multimedia, but the apps are fun and easy to use.

One of the major downsides of the MacBook Air is its cost. Sure, the 11″ MacBook Air starts at just $999, but I ended up opting for the fully-loaded 13″ MacBook Air, complete with a $1799 price tag. That’s a significant amount of money considering that a lot of what I paid for was simply drive capacity. The base 11″ MacBook Air comes with an embarrassingly small  64GB SSD and you have to pay dearly for the 256GB upgrade. Mercedes uses similar tactics for upselling customers. Some convenience packages can cost upwards of $10,000 and it’s almost impossible to find a car with just the options you want.