It’s nearly impossible to buy the new MacBook Pro with Retina Display at Apple Stores and Apple.com orders will ship in three to four weeks.  But you can buy a shiny new MacBook Pro today if you’re willing to spend $1,000 over MSRP.

A handful of MacBook Pros with the new Retina Display are popping up on eBay and Craigslist. For example, eBay seller sv-company is offering a MacBook Pro with Retina Display for a cool $3,199 as a Buy it Now auction. Apple sells the base model, with a 2.3GHz processor, 8GB of memory and 256GB SSD for $2,199. That might sound like a lot of money, but $1,000 is a small premium to pay if, for example, you’re a developer that needs to update and test applications. 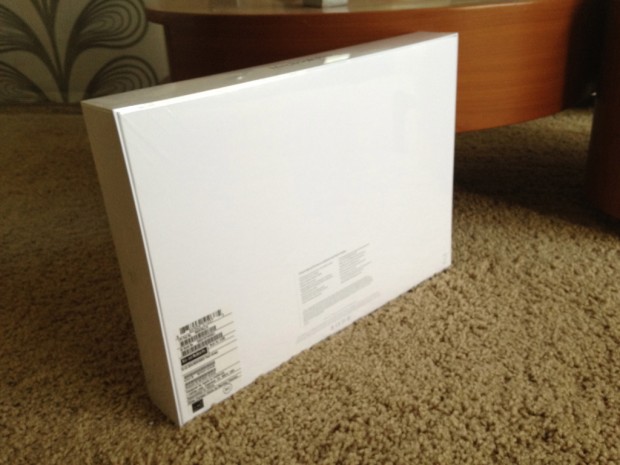 At least the eBay seller appears to have the new MacBook Pro in hand, unlike Apple Stores and other retailers. 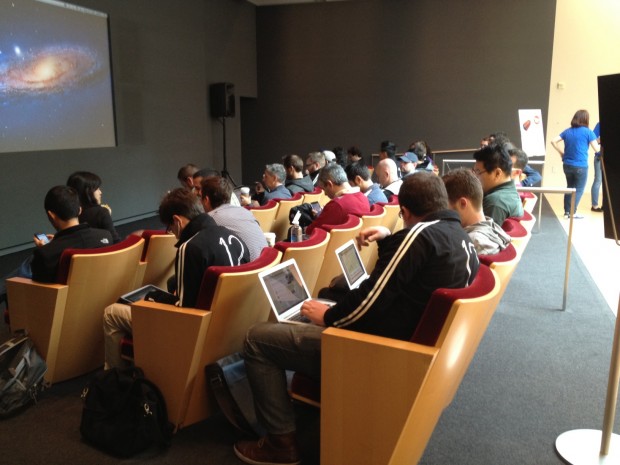 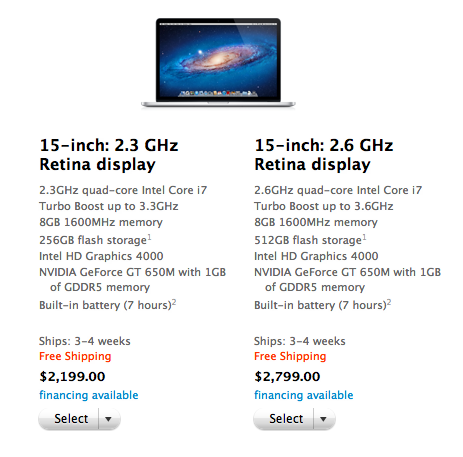 San Francisco Apple Store employees apologized for any inconvenience and said they would not form a wait list. Apple typically hands out tickets for iPhone and iPad launches, but Apple did not bother to do the same for the MacBook Pro launch. This is because the stores don’t know exactly when they’ll be getting units or the exact configurations.

Here is an overview of the new MacBook Pro with Retina Display. The computer was announced Monday at Apple’s Worldwide Developers Conference in San Francisco.