The latest version of EA Sports extremely popular NFL game is quickly approaching as the Madden NFL 15 release date nears, but before buyers can get in on the action themselves EA is giving Rookie players the first look at their ratings. Now that the debate of who will be on the cover of Madden 15 is over we’re beginning to see more and more teaser videos arrive.

Electronic Arts, the developers and publishers tasked with creating the official video game for the National Football League, have announced some players in-game ratings this weekend, and will reportedly share all player ratings over the next few days.

Read: Madden 15 Will Make You a Better Player

EA Sports has been delivering quality Madden titles for years, and the 2015 release is expected to be one of the best yet with improved graphics, better controls, an immesrsive defensive experience, and of course Johnny Manziel will be available for all you Browns fans. Below is a brand new teaser video for Madden 2015. 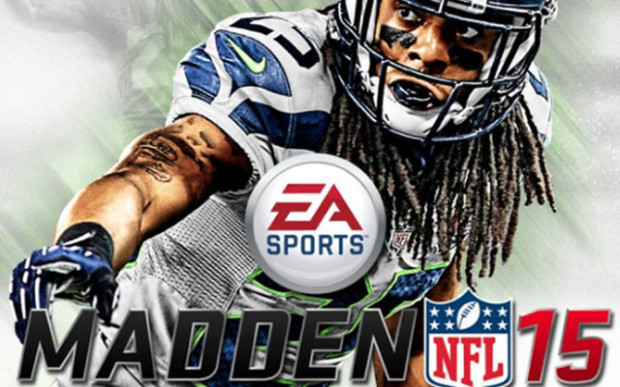 This weekend EA dropped a brand new teaser video highlighting the player ratings for some of the most popular and hyped Rookies for the 2014-15 season. Teddy Bridgewater, Johhny (football) Manziel, and many other high draft picks are shown below reacting to their rating.

Apparently EA Sports invited a few of the most exciting NFL Rookie’s in and asked them what their ratings should be for Madden 15, then showed them their actual rating and recorded their reactions live for our viewing pleasure. According to the ratings Manziel “can’t throw accurate passes” and Sammy Watkins isn’t as fast as he thinks.

Without getting too into Rookie reactions, how they’ll play this upcoming season, or how the ratings are achieved, check out the video below.

Getting a score in the high 80’s or low 90’s means you’re in an echelon with players like Aaron Rodgers, Manning, Adrian Peterson, or Calvin Johnson, so some of the ratings shouldn’t come as such a surprise for these young players, but they do.

Sadly we don’t get to actually hear what each individual player thinks his rating should be, but it’s clear they all feel a higher score was in line. Manziel reacts to the fact that he isn’t accurate, and we even see the Minnesota Vikings new QB Teddy Bridgewater laugh off his Rookie Madden 15 rating.

“Tellin’ ya man, I play so much Madden I could rate myself.”

Basically EA is showing all the confident Rookies for the 14-15 season their lousy ratings, and it’s quite funny to watch. Training camp hasn’t even started yet for most teams, but the Rookie hazing has already begun courtesy of EA Sports.

While the full numbers haven’t been released yet, we can expect EA to continue hyping its upcoming game and reveal all player ratings in the coming days. For a comparison my boy Eddie Lacy of the Green Bay Packers, the offensive Rookie of the Year, is an 82. So while Manziel or other Rookies feel they deserve and 88, that’s unlikely.

According to Polygon, last year in Madden 25 the highest Rookie rating went to Sheldon Richardson from the Jets, dialing up a high score of 86. Only 13 rookies received a score of over 80, to give readers a little prospective. 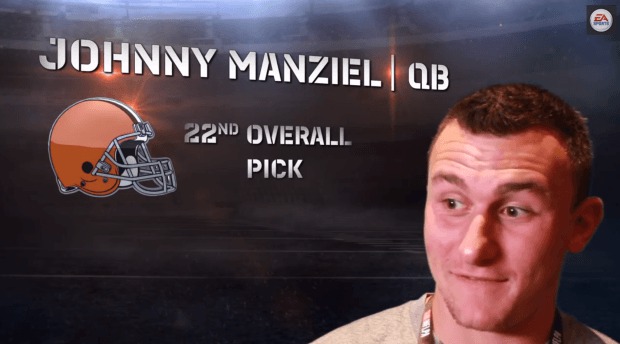 Full player ratings should start to arrive this afternoon over at EASports.com/madden where gamers and players alike can check in and see where the ratings stand. From the video above it’s safe to assume Jadeveon Clowney will be looking to come out strong in his Rookie season in hopes of improving that score for next year.

As a reminder Madden NFL 15 will officially be available in the United States on August 26th, and August 29 in Europe for your console platform of choice.