The Madden release brings an all new Madden 15 Ultimate Team experience to players, fixing many of the complaints of Madden Ultimate team from the last version, including monotonous team management and make it easier to create your Ultimate Team in Madden 15.

The Madden 15 Ultimate Team trailer provides a fast look at the changes to Ultimate Team Mode for the new Madden release. EA Sports delivered a fun and addicting game mode last year, but team management got in the way with reserves and the annoying method of extending contracts with 12 button presses to renew just one player. In Madden 15, EA explains that has one goal, “Get the UI out of your way.”

Instead of using a Current Roster, Reserves and other areas to keep players and items, Madden 15 Ultimate Team uses a Binder that includes all of your players and items. If you have a player in your lineup, on auction or even up for trade you can see them here. 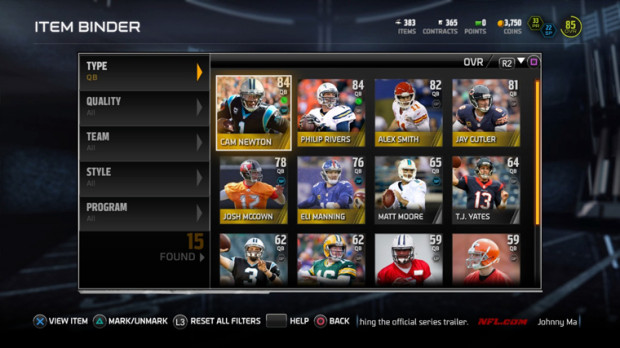 The Binder solves many of the Madden Ultimate Team problems for Madden 15.

Instead of the annoying contract extension screen from Madden 25, you’ll be able to extend contracts in the binder, auction players, compare them and send to the lineup. EA boldly claims this new Madden 15 Ultimate Team design will, “make MUT players very, very happy.”

While in the Madden Ultimate Team Binder you can sort by New, by Quality and look at Positional coverage to check out the style of defense. 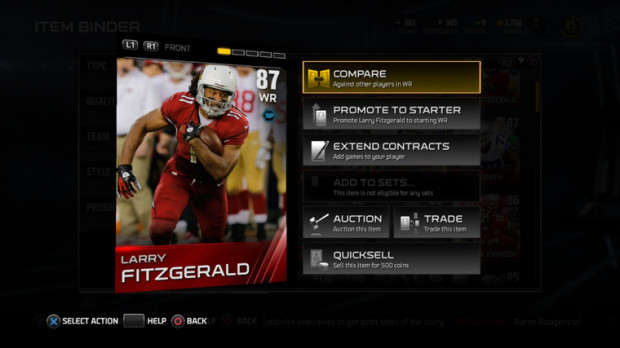 When you get started in the Madden 15 Ultimate Team mode you’ll find a list of objectives that will help new players get going and introduce seasoned MUT players to the new features in Madden 15.

If you complete five tasks in Objectives you’ll unlock a reward pack, so you can build up your team faster.

In the Madden 15 Madden Ultimate Team mode players can rely on tools to get the best lineup automatically instead of picking each player individually. This is not new, but you can now choose the best lineup based on overall rating or by style type to really leverage player strengths. 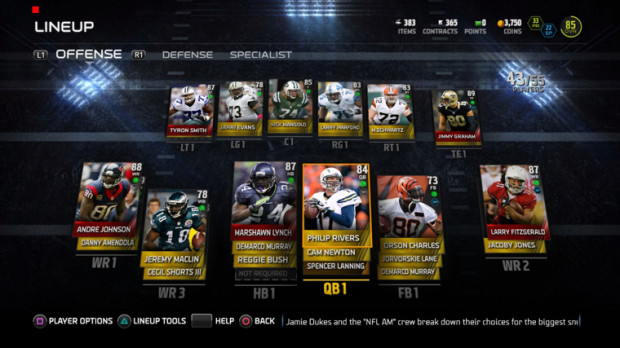 New MUT lineup options let players automatically get the best lineup based on overall rating, or by play style in Madden 15.

Players will also need to go pick a coach to match the style for an even better Madden 15 Ultimate Team.

We already know that there will be some Madden 15 midnight release events at Best Buy locations, and likely at GameStop as well. Target and Walmart are possible, but not confirmed.

Microsoft just announced a special Madden 15 Edition Xbox One bundle that includes Madden 15 without Kinect for $399. This is essentially a free Madden 15 download when you buy a new Xbox One and you get three MUT Pro Packs as well.

Xbox One owners can join EA Access later this month to play Madden 15 up to five days early, and the progress will carry over to the full version of the game. This offer also includes access to four older EA games and 10% off digital purchases including Madden 15 and other full games and in game content.

We may also see a Madden 15 demo very soon, possibly on August 12th, or soon after EA shares more news about upcoming games at GamesCom.