Here is a fast look at what we know about the Madden 16 demo and what to expect from EA Sports on PS4, Xbox One, PS3 and Xbox 360.

The Madden 16 release date is August 25th for Xbox One, PS4, PS3 and Xbox 360. The game starts at $59.99, but there are special editions that allow users to get extra Madden 16 Ultimate Team player packs. 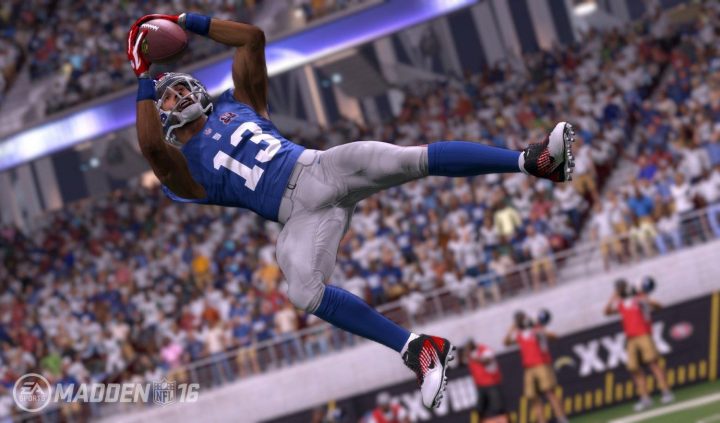 What you need to know about the Madden 16 demo.

In addition to new features that players may want to try in a Madden 16 demo, there is also a new Draft Champions mode that combines fantasy football and Madden gameplay for short seasons of fun that you can complete in one sitting.

Here’s what you need to know about the Madden 16 demo and a potential Madden 16 release date.

@EAMaddenNFL I hope the Madden 16 Demo is the #DraftChampions that would be epic! Can't wait for #M16

@AskEASupport will there be a Madden 16 Demo?

@EAMaddenNFL y'all releasing a madden 16 demo ?

The list of users asking for a Madden 16 demo goes on and on, and these users don’t want the paid early access that only comes to Xbox either.

EA is Silent on a Madden 16 Demo

[contextly_sidebar id=”1i7s23OgD8KpnLHgR6qWtPHGPFmaoZ84″]EA is not responding to questions about a Madden 16 demo on Twitter or other social media. It’s not surprising to see EA staying silent about a possible Madden 16 demo.

At this stage in the game it is too early for a demo to arrive, and there is no need for a Madden 16 beta to test the game, so EA will not likely respond until they are ready to confirm or deny and that might take another two weeks.

The Madden 16 demo release date will likely land on August 11th, based on earlier demos, but this is not set in stone.

Madden School tracked down the last four Madden demo releases and discovered that the most common release is 14 days before the official game, but there is one 21 day demo with Madden 12.

If the Madden 16 release date is August 11th, expect to hear confirmation several days before.

Why a Madden 16 Demo Makes Sense

EA did not offer a Madden demo last year for Madden 15. This coincided with the EA Access program offering five days of early access to the full game, but EA did not kill off demos entirely when introducing this program. The FIFA 15 demo still came to Xbox and PlayStation even with EA Access on the Xbox One.

EA developers have a chip on their shoulders from gamers who say that Madden doesn’t change and that other football games from years back are better than Madden 16.

In an interview with Polygon, Madden Creative Director Rex Dickson told the publication that if Madden haters picked up the game they wouldn’t be able to complain and say that games like NFL 2K5 are still better than Madden.

The best way to prove this to gamers is to offer a free Madden 16 demo on all consoles, so there is no excuse not to try the new Madden game.

If there is no Madden 16 demo, gamers on the Xbox One will still get a chance to play the new game early. EA Access is a $5 a month or $30 a year subscription service that includes early access to Madden 16.

Five days before the Madden 16 release you will be able to play the full version of Madden 16 on the Xbox One and your progress carries over when the release date arrives. There will be a time limit to this mode, likely of five hours, but maybe as high as 10 hours.