Normally we only need to help you decide if the Madden 17 Deluxe Edition is worth buying, but this year there are three Madden 17 editions that you need to consider buying.

You can score Madden 17 deals on all three versions, but you may not need to buy more than the standard version of the game unless you are big into Madden Ultimate Team.

If you walk into Amazon, Best Buy or GameStop you will only see two Madden 17 editions available for pre-order, but there is a special Madden 17 Super Deluxe edition that you can buy digitally. 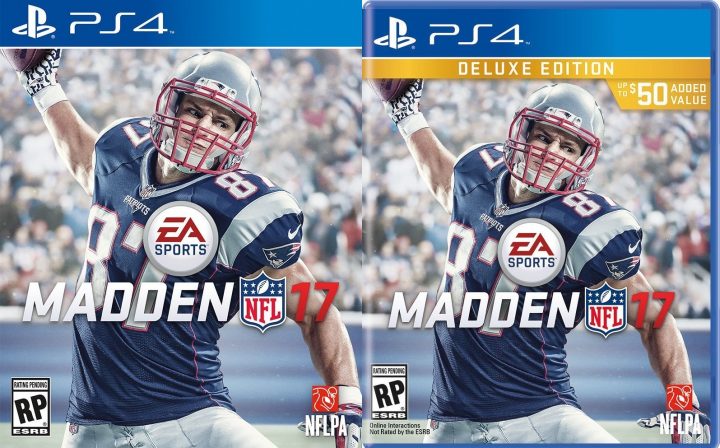 Pick which Madden 17 edition to buy based on what you like most about Madden.

The Madden 17 release date is August 23rd and pre-orders are live. Xbox One players will get a chance to play Madden 17 early with EA Access, which is also how you can get a deal on the digital version of the game.

On the PS3 and Xbox 360 Madden 17 games there is only one base version available, so you will not be able to upgrade to any of the more expensive versions.

In addition to a new Super Deluxe edition of Madden 17, the Deluxe edition is $20 more than the base version. Last year the upgrade was only $10 more, which will make some gamers think about this decision more. 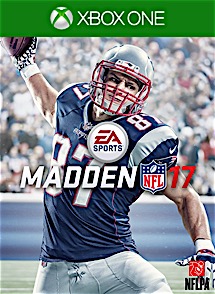 With this version of the game you get the base Madden 17 game with a ton of new features and if you pre-order you get up to $15 in added value with nine Madden 17 Ranked Tickets and up to seven Madden 17 Ultimate Team Pro Packs.

You can always buy more Pro Packs with in-app purchases if you want to unlock more players, but this is all you get with the base version of the game.

If you just want to play Madden 17 with friends and you don’t plan on spending time in Ultimate Team, this is the version of the game you should buy. 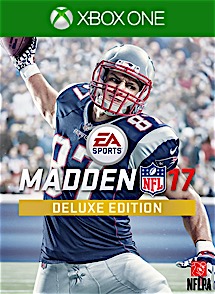 All Pro Packs include better players than Pro packs, and you get more of them, so there is a decent upgrade available here.

While this edition rarely sells out, last year it did not arrive at some Best Buy locations on release day.

Last year this was only a $10 upgrade and it was a no brainer when it came to buying it over the standard edition. This year it’s a tougher call.

If you are really into Madden Ultimate Team, this is an option you should consider, but it’s a step down from the 36 packs that EA offered last year. Most MUT players will want to consider this version since deals are still available. 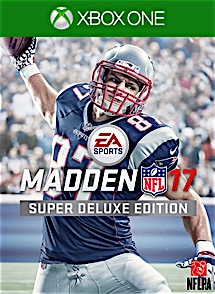 The Madden 17 Super Deluxe Edition is $99.99 and only available digitally on PS4 and Xbox One. You can score a deal on it with EA Access, but it’s not a huge discount and the deal is only available on Xbox One.

In addition to the base game you get 30 Madden NFL Ranked tickets and up to 30 Madden 17 Ultimate Team All Pro Packs.

Like the others, the All Pro Packs arrive over the course of the season, so you will need to keep coming back to play to get the full value. If you love Madden Ultimate Team, this is an option you should consider, but it’s not one we see a lot of players picking due to the price.

If you decide between the Madden 17 base game and the Deluxe edition, you also need to decide if you want to buy on a disk or buy it digitally.

When you buy Madden 17 digitally you don’t need to swap disks and you can play as soon as the release time arrives. It’s handy if you bounce between games and also if you don’t plan to sell Madden 17 later.

Gamers who buy Madden 17 on disk will find more deals available and can also trade it in later. Normally the price of Madden drops pretty quickly, but in the last two years we’ve seen a big trade-in deal in August at Best Buy, so it could be worth the hassles of swapping disks.