Madden NFL 15 Will Make You a Better Player

When users pop-in Madden NFL 15 they won’t suddenly find that the game does something other than let them play football, but they might find that they’re suddenly better at the core mechanics of playing football thanks to an updated Skills Trainer Mode.

Madden NFL 15 developer Electronic Arts talked more about the new Skills Trainer mode with Polygon this week. The developer is adding new drills to the Skills Trainer mode, hoping that it’ll help some players better understand the things that go into winning a football game successful.

Skills Trainer made its début in last year’s game, Madden NFL 25. There it helped new players pick up some tips on playing better defense and actually scoring whenever they’re on offense. Electronic Arts found that an impressive amount of gamers were using Skills Trainer mode to learn how to play the game better. When they did, they played the game for longer, hence the reason for the new effort to make Skills Trainer for Madden NFL 25 even better. 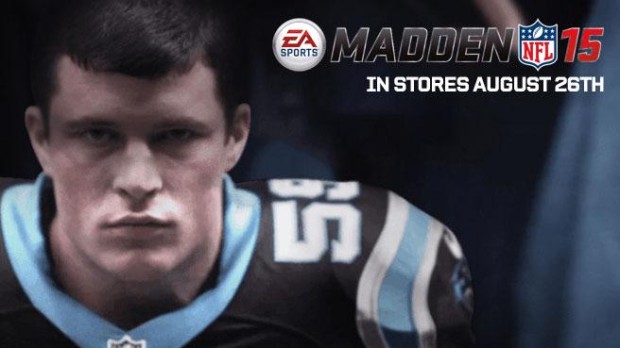 This new version will include 48 different challenges, tutorials and drills to challenge players. All of these new pieces of Skills Trainer mode content were designed around the issues that users ran into. Electronic Arts was able to do this thanks to the telemetry data that revealed which parts of the Madden football experience players have problems with the most.

Most of these will be focused on the basics; teaching players about the basic controls that they’ll need to be successful during an exhibition match with friends online or at home. Anyone who has played Madden in recent memory will understand why that is. The game’s controls can sometimes be ridiculously complicated. Other tutorials include how to successfully pull off plays on both offense and defense.

To make sure that users retain the information they learn in these tutorials, joining Skills Trainer is joined by a new mode called Gauntlet. Gauntlet is designed to make sure that users retain what they’ve learned in the Skills Trainer without the pressure that a full scrimmage in the game’s other modes might include. The Gauntlet features 40 levels that challenge players. The Gauntlet starts out easy but will quickly progress to even elite challenges. Madden NFL 15 players will see the Gauntlet achievements of other players online too.

Ironically, the best way the Skills Trainer is going to help users is by being up-front and center. When users first load Madden NFL 15 the Skills Trainer will be among the first things they see. That’s certainly a good thing considering how complicated the game’s controls are for first time buyers. That being said, longtime Madden players should be able to pick up some tips from Skills Trainer and Gauntlet too.

Introducing new features that are useful is absolutely crucial to Madden NFL 15’s success. Madden is the only major American football game left. Potential buyers of new Madden games have always had to weigh whether new versions of the game are worth purchasing. It doesn’t help that new versions of the game with slightly updated graphics and an updated roster come out every summer without fail.

When Electronic Arts revealed Madden NFL 15 it promised that the game would revolutionize the way users play defense and offense. The game includes an all-new tackling mechanic that relies on a cone to provide a bit more guidance. It’s also refreshed the tackle animations to make the game a bit more realistic. Madden NFL 15 players will have two different kind of tackles at their disposal: conservative tackles for stopping a first-down and aggressive tackles for stopping players for making big plays.

Madden NFL 15 launches August 26th. It’ll be available on the PS3 and Xbox 360 in addition to the PS4 and Xbox One. The PS4 and Xbox One versions of the game will have better graphics, but the games should be almost identical game-play wise.