The Magic Case for the iPhone looks like one of the most useful cases designed, with so many features it pretty much turns your iPhone case into the Swiss Army knife. Sadly, buyers can’t get one right now since it’s a crowdfunded project on Indigogo, the Kickstarter competitor.

Designer Elad Ben-hur created the Magic Case with three parts. The front cover, or the Smart Panel, includes cutouts for the screen that only show the caller ID info and the unlock slider during an incoming call. This protects the screen, but leaves the phone accessible to answering calls without removing the cover. 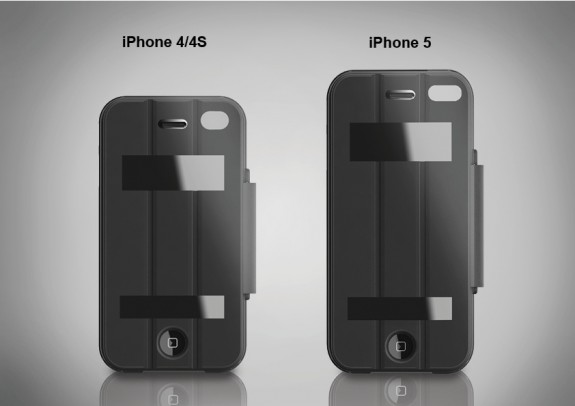 See the campaign video below:

The screen cover folds over the screen and wakes or sleeps the phone like an iPad Smart Cover, or like the SurfacePad from Twelvesouth for the iPhone 5. A pivot attaches to the case, keeping the screen cover in place. 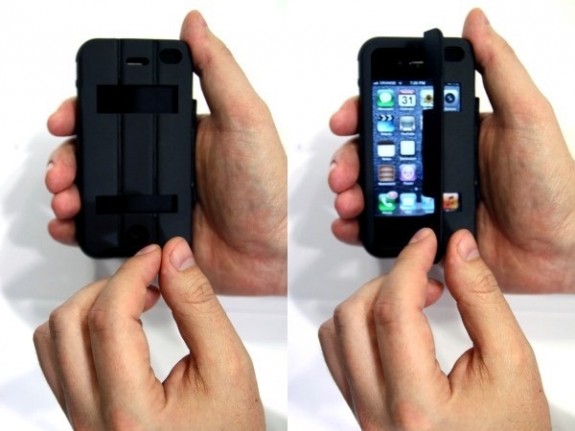 The complicated design of the rest of the case protects the phone while making it possible to reach the buttons, ports and cameras. The rugged frame will keep it from breaking when the user drops the phone. 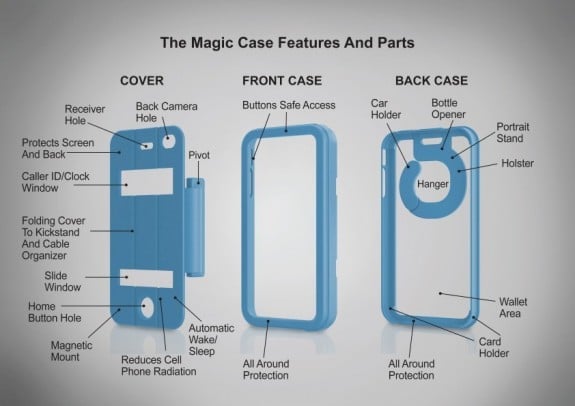 The case offers functions seen in other cases, but not all in one case. It includes the following: 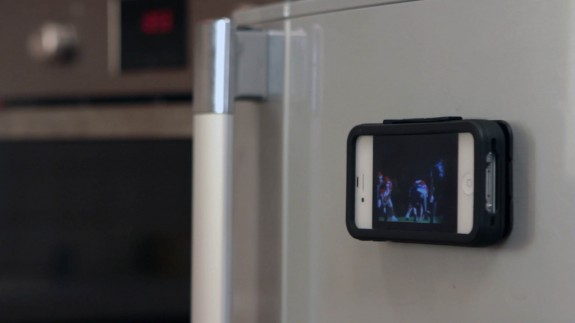 We’re dubious of the claims that it reduces cell phone radiation by 90% thanks to the aluminum in the case. However, the Indiegogo project video above shows an “expert” measuring this. It may in fact reduce radiation, but do people need this?

The case will come in one of five colors including light blue, green, pink, grey and black. It adds 1.3 ounces to the iPhone 5 and 1.1 to the iPhone 4/4S.

The project promises a ship date of May 2013. We’ve become skeptical of the crowdfunding model, so we advise caution with these kinds of projects. Backers aren’t buying products. They’re giving the project money with the promise that they’ll receive one, but no guarantees are made. If these risks don’t scare backers away, then they can support the Magic Case at Indiegogo.

As a policy we don’t often share crowdfunding campaigns anymore unless we plan to back it. This case seemed interesting enough to warrant $15 just to see it get made.