Apple filed a patent last July that suggests they might be exploring replacing their dock connector and/or headphone jacks with the MagSafe connector that they now use to charge the MacBook Air and Pro. That would be both awesome and horrible at the same time.

The MagSafe power connector impressed me when I first made the switch to a MacBook Air a little more than a year ago. If you ever have someone trip over your power cord as they walk by, the connection breaks easily without flinging your expensive machine to the floor and into pieces. It takes up less space and connects so easily. I love the thing and wish the iPad or iPhone had it too.

If a patent filed with the government goes through and Apple decides to use the design, iOS devices may get a MagSafe power connector. Apple also included their headphone in the plan too. 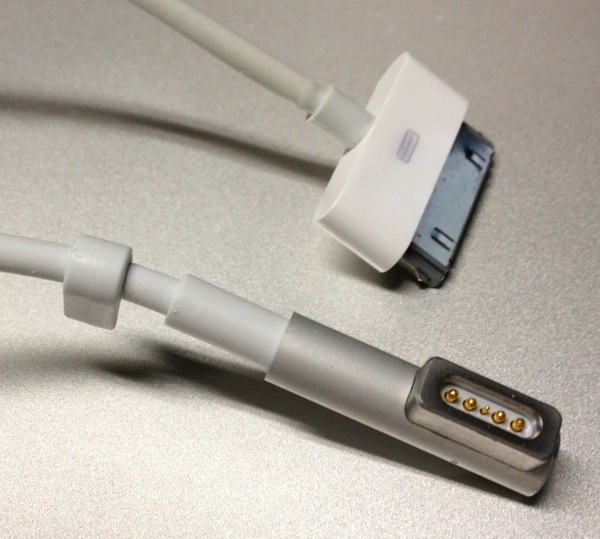 Imagine having a power connector and a headphone jack that sealed so well that the connections weren’t open enough to allow moisture into your iPhone or iPad. Apple places moisture detectors at both the 30-pin dock connection and in the headphone jack because current designs don’t allow them to seal them well enough to keep moisture out. If moisture finds it way into the device it will most likely come through one of those two spots, and could cause device issues and warranty problems if the sensors turn pink. 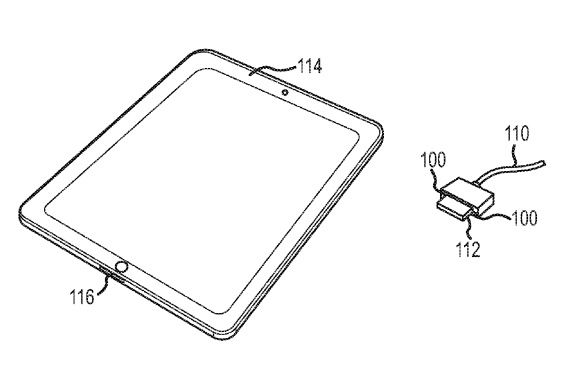 I’d hate for Apple to replace the headphone jack with a proprietary MagSafe style connection. That would be a horrible idea. That expensive set of Bose headphones that you paid $200 for or that cheap pair of drug store ear buds you can get when you lose yours while travelling would be obsolete with iOS devices unless you have an adapter, something I’m sure either Apple or third parties would create.

Who wants another dongle or adapter? Not this guy!

Apple products are so coveted that I’m sure we’d start seeing plenty of Apple approved headphones or ear buds around. You’d also find a bunch of adapters and dongles allowing people to connect their special Apple compatible headphones, ear buds and stereo cables to other standard 3.5 mm jacks. It doesn’t mean it would be a good thing. They would cost more and people who have both iOS and Android wouldn’t be able to use the same pair of headphones without a hassle.

+1 for the power and syncing connector! -1 for the headphones!