Sometimes constant complaints turn into secular litanies. There’s no louder litany these days than the cursing and swearing of those who can’t cope with the stress of overflowing email inboxes. Inbox Zero has turned into one of the unholiest of holy grails for those seeking some peace and tranquility from the ever flowing overflow of emails both wanted and unwanted. We’ve got filters and labels and all sorts of sorting mechanisms to attempt to cut down on the clutter and bring us only the really important emails. But the wails of despair keep filling the air. If someone builds a better system, well, there’s that saying about the world beating a path to you door if you build a better mousetrap. 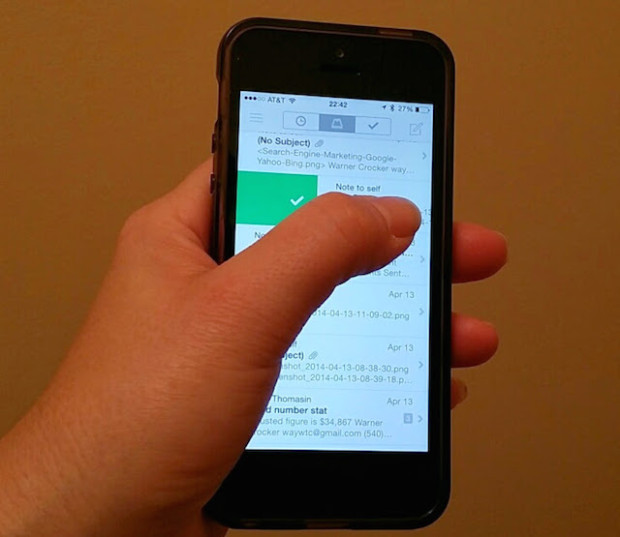 Mailbox wants to be that better mousetrap for the mobile crowd. Mailbox caused quite a stir when it first debuted with a clever roll out that had users waiting in a virtual line to get the original iOS App. The idea behind the App was to give users a touch based series of swiping gestures to plow through the process of deleting, archiving, or postponing actions on a series of emails. It essentially worked as promised. The company was bought by Dropbox last year and a little under two weeks ago it unveiled an Android version with a new auto-swipe feature.

Today Mailbox 2.0 for iOS rolled out with that same auto-swipe feature. As users swipe to delete, archive, or postpone actions on email, Mailbox now learns what types of emails get treated in the same fashion. If you’re always archiving an email from a particular sender, auto-swipe will learn that. After awhile those emails will stop showing up in your inbox and be archived automatically. It’s one of those “it gets smarter the more you use it” Apps. If you want to see less email in your inbox the theory makes a lot of sense.

In addition to learning your auto-swipe behavior you can also force Mailbox to learn how you want to treat certain emails by pressing and holding on the icons for archive, delete, snooze, or lists at the top of an email. Mailbox calls this a pattern. Patterns and swipes can be edited in settings. 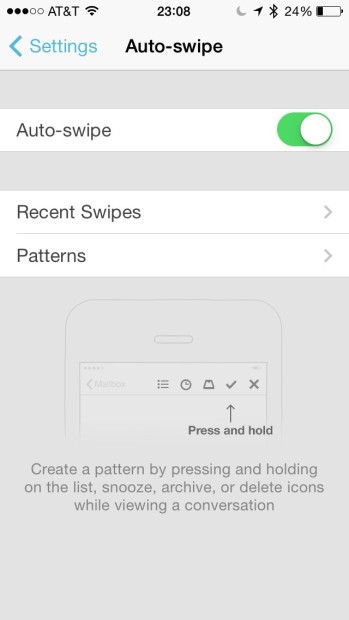 I’ve been working with the Android version since its release less than two weeks ago and can’t say I’ve seen positive results so far. But it is probably too early to draw any conclusions on auto-swipe. I will say this, I prefer Mailbox to any other mobile email experience I have tried.

Mailbox now lets you sync up with Dropbox so that your preferences and patterns can travel with you between mobile devices and platforms. So, if you’ve successfully banished the monthly newsletter from Aunt Sally to archive land on one device, you shouldn’t see it suddenly start appearing again if you switch devices or move to a new one.

The folks behind Mailbox also are working on a Mac version of the software to bring this mobile experience to the desktop. If the auto-swiping feature does indeed prove to work on mobile as advertised and then later on the desktop, we may hear the beginnings of diminuendo in the chorus of whining about endless email.

You can download Mailbox 2.0 for iOS here and Android here.