There are major changes to the Black Ops 3 Scorestreaks in the latest Call of Duty: Black Ops 3 update that rolled in as a hotfix this week.

We knew that this change was coming, to increase the power of Scorestreaks that were too easy to kill with launchers and to add power to some streaks that did not deal enough damage to be useful.

The new Black Ops 3 37.25.30.4. update includes a variety of fixes including updates for the Arena Pro Series, the Scorestreak tuning that we will focus on and fixes for the game and for Map exploits.

As a hot fix update this focused December Black Ops 3 update is available as an automatic download when you boot up the game and press A to start it up. If you don’t see this new version, you may need to exit the game and restart to get the download prompt. 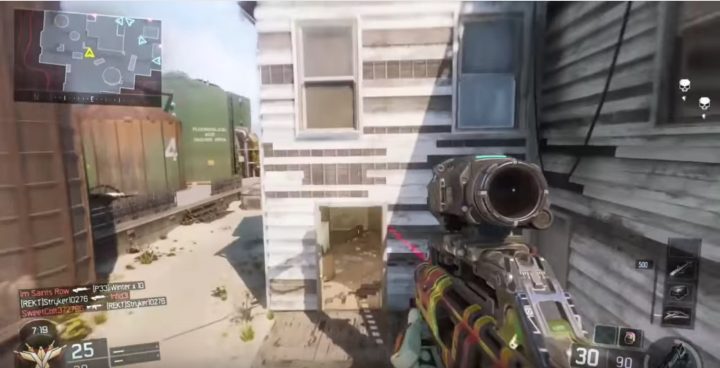 Without any official patch notes, there are a lot of questions about the weapons tuning including buffs and nerfs — increased power and decreased power. With the December Black Ops 3 Scorestreak hotfix the streaks have, “Buffs for days,” according to David Vonderhaar, Treyarch Studio Design Director.

Unfortunately there is no official commentary about what exactly is changed. Thanks to Tabor Hill, we know how the changes to Black Ops 3 Scorestreaks compare to before the update.

With the changes, you may want to change your scorestreaks to more powerful, and easily available options, and you may need to reconsider the Flak Jacket perk. The video below compares the Call of Duty: Black Ops 3 Scorestreaks before and after this update.

In a thread on Reddit he outlines the December Black Ops 3 Scorestreak updates, which we summarize below.

There is no confirmed change to the Wraith or the Mothership, and other streaks like the HATR, GI Unit, Sentry and Guardian appear untouched.

With the Scorestreak buffs in the December Black Ops 3 hotfix, you may want to change your scorestreaks to take advantage of the increased power. Flak Jacket users may need to find another Perk to swap in and everyone will need to adjust to the way this will change play — even if you don’t typically get enough kills to go on a streak.

We’ll likely see patch notes with the next full Call of Duty: Black Ops 3 patch, that could arrive this month. Vonderhaar already shared that an update is coming in the middle of the month and on Monday stated that there is work on a new Black Ops 3 Update.

This update could include new actions against users who quit a game, with a bigger penalty than taking a loss.

It’s not clear what this penalty will be, but it could be built into the December Black Ops 3 update. Use the slides below to see what Treyarch may have in store for the next Call of Duty: Black Ops 3 patch.