Major Snapchat Update to Change How You Use the App

A new Snapchat update could change the way you use the app dramatically. Just a month after killing the Snapchat best friends list and replacing it with Snapchat emoji that show who you snap most and possibly exposing cheaters at the same time there is another major change coming.

The new Snapchat update isn’t going to change your friends list again or make a major shift to how you take and send videos and photos, but it will make it easier to watch longer content.

Snapchat CEO and co-founder Evan Spiegel outlined the major change to how you will use Snapchat at a technology conference, but did not reveal all the details.

Currently anytime you want to watch a Snapchat you need to hold your finger on the screen for the video to play. This works fine for a few seconds of funny, but with a focus on entertainment there is a change afoot. 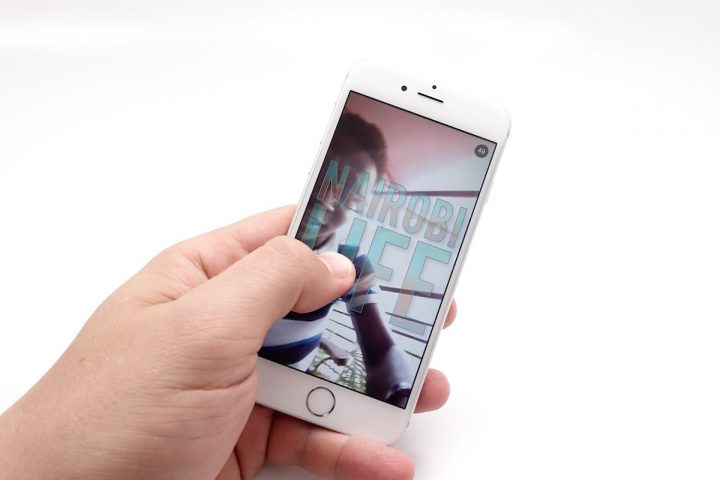 Users may no longer need to tap and hold after an upcoming Snapchat update.

In a Snapchat update in the near future you will no longer need to hold your finger on the screen to see the snap.

In the current version of Snapchat users can tap and hold with one finger to watch and still interact with settings and other options with another finger, but it is far from ideal.

Snapchat users: u won't have to press and hold much longer to watch content. Co working to change that. –Evan Spiegel #CodeCon

Spiegel did not elaborate on exactly how the Snapchat update that removes the need to hold your finger on the screen will work, but you can get a preview of how it may work by looking at the Discover tab.

Snapchat already offers a Discover tab of promotional content from major entertainment providers like Comedy Central, CNN, Cosmopolitan, National Geographic, Vice, Yahoo, People, Warner Music and more. When users are watching these Snapchat videos there is no need to hold down to view. Swipe to a new Snap from the publisher and it will start playing. Depending on the content users can then share a snap of that content or swipe up for more details.

Snapchat already offers an option to watch video without holding a finger on the screen with the Discover tab.

Snapchat’s CEO shared the news during Re/Code Conference where he also shared his vision for the future of the company. Spiegel told the attendees to, “Call us entertainment.” when describing the purpose of the company.

During the lengthy interview we did not learn when the Snapchat update would arrive to remove the need to tap and hold to watch video Snapchats from friends, nor exactly how it will work on the iPhone and Android.

Also missing from the chat was any mention of a Snapchat for Windows Phone app that would allow Windows Phone users to use the service.

Snapchat did discuss the need for an IPO to gain funding for the company. The overall focus of the interview leaned towards the business side of the service, and not a focus on how the app will change for users.

Originally started as a way to send short messages that self destruct after 10 seconds, Snapchat evolved into a broader messaging platform that is about more than simply self destructing messages. Snapchat Stories allow users to combine multiple videos or photos into the story of their day and the Discover tab brings in new content to the service for users who would rather consume than create for a wide audience.