iPhone and iPad app charts are covered in apps that offer a March Madness live stream and the ability to manage and track March Madness brackets.

As March Madness 2014 heats up and viewers tune in to see who has the best college basketball team in the nation, many games air while users are traveling, working or away from a TV.

If you can’t work form a sports bar there are a number of excellent March Madness apps available, including one that offers a March Madness live stream so users can watch every game live. 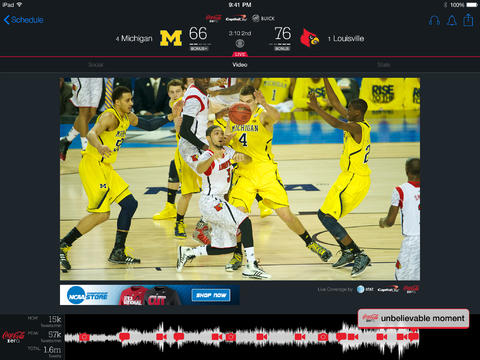 Apps offering access to a March Madness live stream shot to the top of the free apps chart.

The NCAA March Madness Live App is a free app for iPhone, Android, iPad, Windows Phone and Kindle Fire that lets users watch the March Madness games as they happen, no matter where they are.

In addition, this March Madness app allows users to get live game alerts, find out what channel the game is on and much more. Users can also listen to live March Madness radio broadcasts in the app, in case watching the game isn’t possible at work or on the go. 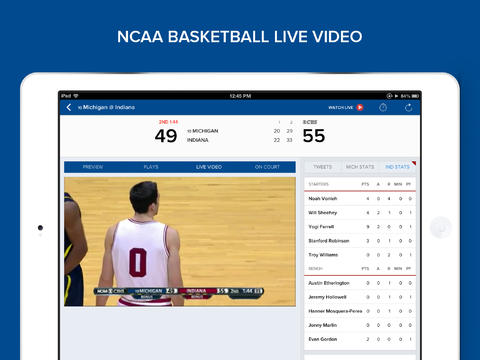 The CBS Sports iPhone and iPad app is also in the top 10 thanks to the inclusion of March Madness live streams for games aired on CBS through April. This app also includes a bracket pool manager and brackets.

In addition to the NCAA March Madness Live app breaking into the top ten free iPhone apps chart this week, there are a number of even more popular March Madness apps. Most of these are March Madness bracket apps that let people create and track brackets for March Madness 2014. If you aren’t familiar with this process, it is essentially a way for user to pick winners throughout the many rounds, often competing for cash prizes in office pools and local contests. 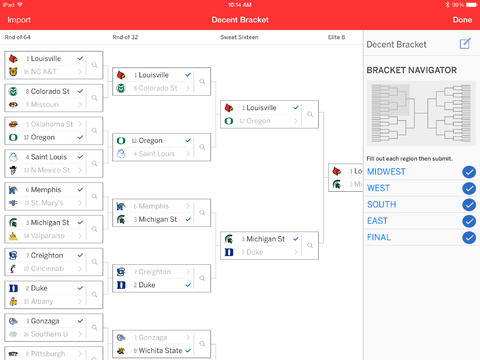 The number one free iPhone app is the ESPN Tournament Challenge app for iPhone and iPad. ESPN calls this the #1 bracket app for the 2014 NCAA Men’s Basketball Tournament, and in terms of downloads it is right. With this app users can start their own bracket challenge and can compete for a chance at a $10,000 prize. 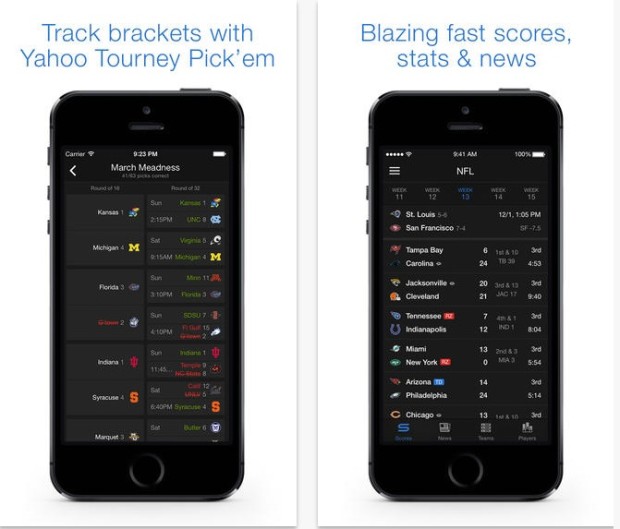 March Madness apps for iPhone and iPad often include big prizes for the best bracket.

Yahoo Sports is also in the top ten, rounding out the Final Four of apps that offer the access to the 2014 March Madness experience. This app is no doubt at the top thanks to a $1 billion dollar bracket challenge for users that pick every winner in every game. There are also pools and friendly competitions, but a jackpot like that is an easy way to move up the ranks in the app store.

Many of these apps are available on all mobile devices, but they are most popular in the iPhone and iPad app store at this time. For more, check out how to watch March Madness on iPad and on Android