Even with HBO Now and Sling TV options delivering a lot of content and the PS4 offering live events for many boxing and UFC matches the places you can watch the Mayweather Pacquiao fight is more limited than most other sporting events.

Part of this is the massive payout associated with the fight and the tight grip that HBO and Showtime have over the PPV distribution. You don’t need a HBO subscription to watch the fight, but you will end up paying for it unless you switch to DISH or get one of the few deals. This is only the second time that HBO and Showtime teamed up for a PPV offer, due to the competing contracts that Mayweather and Pacquiao signed. 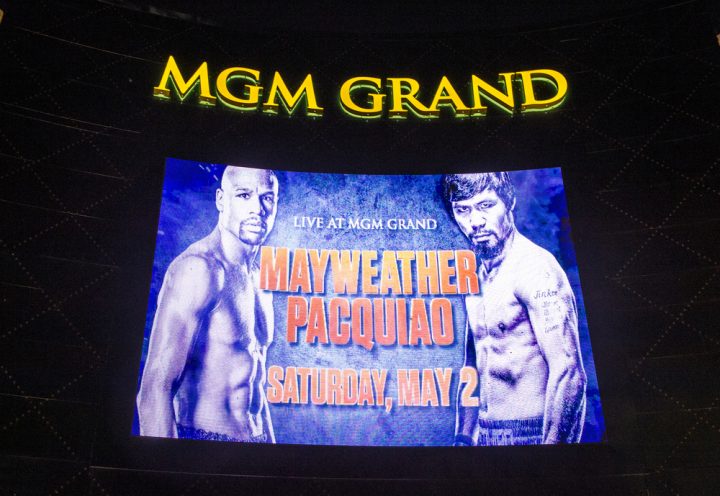 Everything viewers need to know about watching the Mayweather vs Pacquiao fight. Kobby Dagan / Shutterstock.com

Here’s everything you need to know about watching the Mayweather vs Pacquiao fight, what it will cost you and the lengths that Pay Per View goes through to prevent free online streams and bars only paying $100 to stream it to the masses.

Even though the fighting starts around 6PM Eastern with several undercards, the official start time of the Mayweather vs Pacquiao fight is 9PM Eastern / 6 PM Pacific.

This includes the boxers walking to the ring and other showmanship tasks, so the first punch may come a bit later. You should be tuned in well before this and if you are buying the pay per view, don’t wait until the last-minute.

What Channel is Mayweather vs Pacquiao On?

Although the Mayweather vs Pacquiao fight is on HBO and Showtime PPV, this is not the channel that you need to view to watch the fight.

The Mayweather vs Pacquiao channel will vary from one network to the next. Here is the channel you need to tune to on major providers. You can also order the fight online with your cable or satellite provider to avoid any hassles of using your TV for the purchase.

You can search Pay Per View on your cable box or satellite receiver to fidn the right channel on your TV and provider.

The Mayweather vs Pacquiao price is an astonishing $99.99 for the HD version. You can save $10 and buy it in SD, but that is not a deal when you consider how much better HD video looks. If you own a HDTV, it is a good idea to spend the extra $10 to get the fight in HD.

Save when you buy Tecate beer. Kobby Dagan / Shutterstock.com

Read: Watch Mayweather Pacquiao Free: Or Get $50 in Free Beer

The next option is to buy a lot of Tecate beer. Tecate is the official beer of the fight and they offer a mail in rebate to give fans $15, $30 or $50 back if they buy one, two or three cases of Tecate and the fight. There are mail in rebates at stores selling Tecate — so make sure you pick up the form if you want this deal.

Mayweather vs Pacquiao Online Streaming is Out

Normally with a major event there is a source where you can find an online stream for free, even if it is an illegal stream. This time you won’t be as lucky or at least have an easy time finding it.

One of the places advertising an illegal free Mayweather vs Pacquiao live stream took down the advertisement and with a lawsuit already filed don’t expect plentiful options to show up this weekend.

Where to Watch Mayweather vs Pacquiao

If you do plan to go out to watch the Mayweather vs Pacquiao fight you can find it at some Buffalo Wild Wings locations, but not at all of them.

You can watch the fight at some B-Dubs locations.

Some other bars will show the fight but they must pay $5,000 or more for the privilege and there are people out looking to find bars that only pay the $100 pay per view price. Expect to pay a cover charge at most bars of $20 or more, plus the food and drinks you will consume.

You can check which Buffalo Wild Wings locations will show the fight and search for “Where to watch the Mayweather vs Pacquiao fight” in your city for a list of bars and other venues where you can go to see the match.

This is not as exciting as watching it live, but there should be options to see the fight and the highlights soon after the match is over if you don’t want to spend the $99.99 to watch live.

HBO Now and HBO Go offer a lot of content and even some great boxing matches that you can watch right now, but you will not be able to watch the Mayweather vs Pacquiao bought on HBO go or HBO Now.

Watch previews and past fights on HBO Go.

This is a dual PPV event with Showtime and that company is not set up to offer this to users live. Plus the $99.99 price and the hype surrounding the match makes this a non-starter on HBO.

You can watch previews and The Best of Manny Pacquiao on HBO go and HBO Now right now.

Mayweather vs Pacquiao on PS4 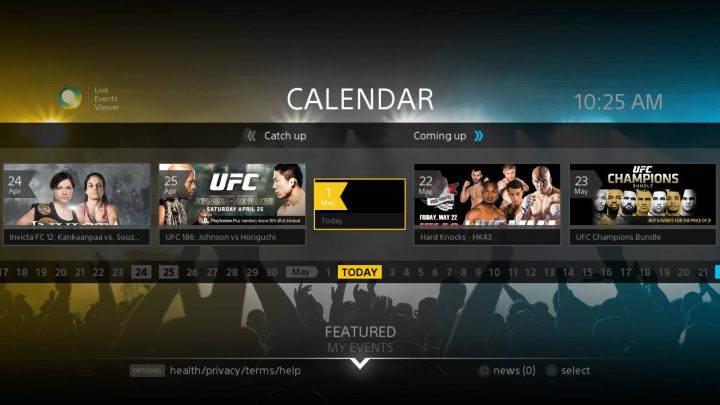 Don’t expect to watch Mayweather vs Pacquiao on PS4 or PS3.

Another popular question is if you can watch the Mayweather fight on the PS4 or PS3. Sony’s Live Events Viewer app offers a lot of fights and other events, but there is no listing for this match as of 11AM on Friday May 1st.

At this time you should not expect this to change. You will need to order form a cable or satellite provider or look for a bar to watch the fight.