While we’ve been hearing rumors of an aluminum Galaxy smartphone since last year, the Galaxy S5 came and is available now in the familiar plastics of old. The debate on plastic vs aluminum isn’t dying down anytime soon, but the rumors and leaks of such a device haven’t either. Today we have two more photos reportedly showing off the new Samsung Galaxy F and its metal design.

According to PhoneArena the Samsung Galaxy F is indeed real, and has a few slight design changes that will make it stand out and improve over the current flagship Galaxy S5. From a large 2560 x 1440 Quad HD display, to a new brushed aluminum design and more. 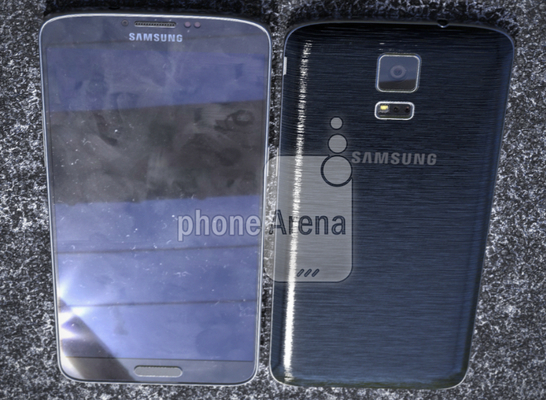 At the moment all of the details are still rather light, as Samsung traditionally does an excellent job in hiding what the company has in store. The Galaxy S5 didn’t leak once in the flesh until the week it was announced, leaving the rumor mills churning for months and months on end.

However, this new Galaxy F (or Galaxy S5 Prime) has started to emerge more and more in the recent weeks, and we even received a purported press photo which mirrors the new leaks today courtesy of evleaks. It’s too early to tell, but Samsung could be grooming a Galaxy S5 successor, or just another line in its popular Galaxy series of smartphones and tablets.

Read: How to Take a Screenshot with the Galaxy S5

Rumor has it the new Samsung Galaxy F will be a new premium flagship smartphone, one that offers the latest and greatest technology over the Galaxy S5. Talks of a 5.3-inch 2560 x 1440 Quad HD display, one with much slimmer bezels than the wide Galaxy S5. In the photos above and below we can clearly see a very minimal bezel to keep the device small around the HD screen, similar to what is being offered in the LG G3.

This leakster claims we’ll have a similar 16 megapixel camera with Optical Image Stabilization on the rear, the same flash and heart rate monitor as shown on back, as well as a fingerprint scanner for improved security. To take things up a notch however, the Galaxy F could employ the newest 2.5 or 2.8 GHz Quad-core Snapdragon 805 processor with 2 or 3GB of RAM.

Of course one of the most important aspects could be the new brushed aluminum design, although we’ve seen a faux-leather shell on the Galaxy Note 3, and this could be a faux-metal finish over the traditional Samsung plastics. It’s hard to tell. 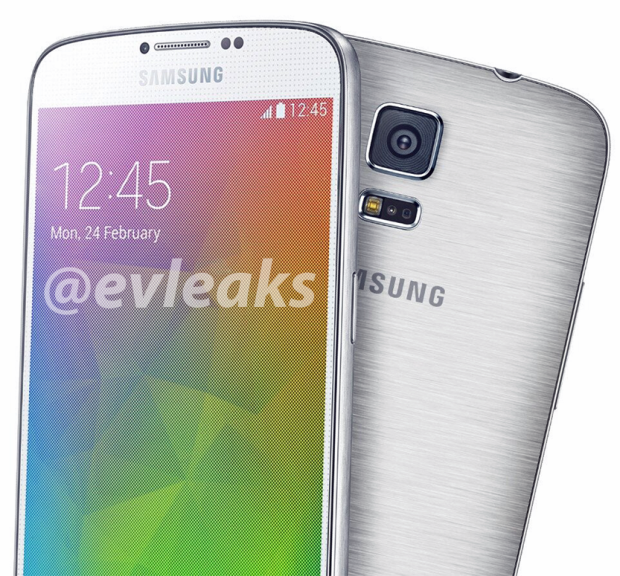 Between the HTC One M8 being a beautiful device with a durable brushed aluminum design, and the LG G3 offering a stunning OIS camera and the first Quad-HD display in the US, Samsung is reportedly rushing to release another flagship smartphone.

It’s worth noting the newly leaked photos don’t show any signs of a speaker on the Galaxy F, and clearly it isn’t present on the front of the device like the HTC One M8. Most likely this flagship smartphone will have an iPhone like bottom speaker, but again, it’s too early to come to conclusions.

Samsung’s been excellent in the past with hiding official details or leaks from the public eye, but this new smartphone is starting to appear at an alarming rate. Early reports suggested a summer launch of the Galaxy S5 Prime, which could still be the name, but we’ll have to wait and see once more information arrives.