The Samsung Galaxy S5 is shaping up to be another stellar smartphone, and probably the best Android device of 2014. However, Samsung has something else on the horizon, and that is the Galaxy F. Taking a new approach to the design and finally offering a metal-clad smartphone.

This isn’t the first time we’ve heard the name “Samsung Galaxy F” and it probably won’t be the last, although at this point it’s all just a rumor. Back in September rumors started swirling about an aluminum or all metal Galaxy F, and today we’re hearing more of the same, only it will arrive with or shortly after the Galaxy S5, and be the company’s new flagship smartphone. 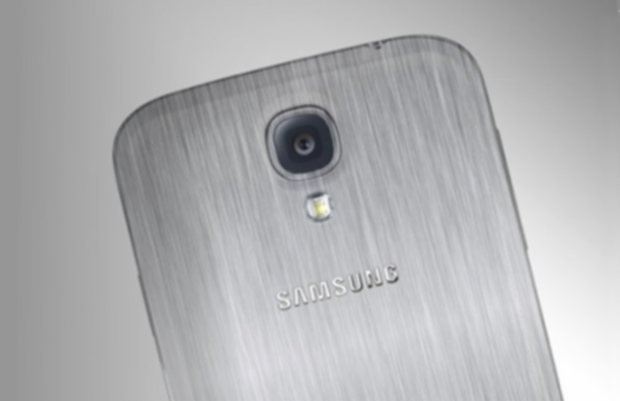 Samsung’s home country seems to know all the details, with the Korean site ETNews reporting the Galaxy F will top the Galaxy S5 in 2014. Stating we could see both arrive around the same time frame, if not the Galaxy F shortly after, which would be the new top-tier flagship premium device for the year.

This report contradicts others suggesting Samsung’s Galaxy S5 will finally ditch the often complained about plastic design in favor of something more durable and robust. Think HTC One or iPhone type aluminum or metal, but that may not be the case. Samsung could look to continue the Galaxy S5 trend of a plastic housing with a replaceable battery and micro-SD slot for additional storage, then release an even better Galaxy F device.

We know the Galaxy S5 will have a 5.2-inch display, possibly 2K in resolution and host many top-tier flagship features like a quad or 8-core processor 16 mp camera, possibly a fingerprint scanner and maybe even a curved display. If so, that would leave the Galaxy F to sport an all aluminum design, and hopefully top-tier specs and front facing speakers to take on the HTC One and others.

We’ll be taking most rumors with a grain of salt until something more concrete arrives, but as things stand today the Galaxy S5 looks to be an excellent smartphone for the new year. Samsung’s premium Galaxy F could arrive at the same time however, and steal its thunder.