The Wall Street Journal is reporting that Michael Dell announced that his company would release 7-Inch Android tablet. He wouldn’t provide specs or a release date at Oracle’s Open World conference. This follow-up to the Dell Streak would be firmly in tablet territory size-wise and compete with the Galaxy Tab.  My bet is that it’ll run on AT&T’s network like the Dell Streak. 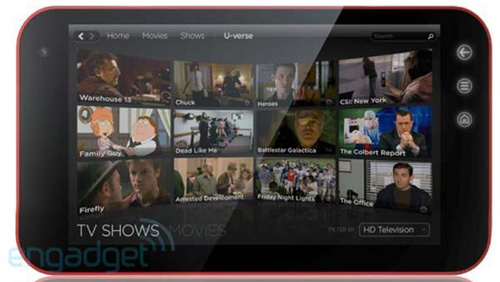 Rumors have it that the new 7-inch Dell tablet will have an NVIDIA Tegra 2 processor, up to 4GB of RAM, Android 2.1 and a 800×480 pixel display. Engadget got ahold of some leaked images of the device, code-named Looking Glass, that show it’s basically an oversized Dell Streak.

I’m hoping Dell and its wireless partner(s) get creative to avoid the same trap that others have fallen into. Best Buy will reportedly carry the device this holiday season.

Here’s a look at the Dell Streak, which is probably a pretty good proxy for Dell’s 7-incher.