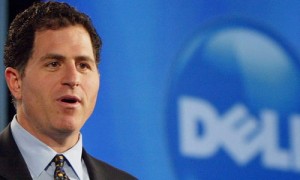 Speaking in Hong Kong, Michael Dell says that Dell will be introducing new Tablets in the next year.

We’re going to have a significant number of new tablets in the next year. There’re lots of debate about the size of the market, who’s buying these devices, and those questions always emerge when there’s a new form factor.”

All well and good, but the Tablet/Slate space has shown so far that talk is cheap and shipping products really tell the tale. I’m wondering when we’ll see numbers on the Dell Streak, by the way.  Any GBM readers own a Streak? We’d love to hear from you about what you think.

Dell was speaking about a soon to be announced acquisition of Boomi.

Regarding the smart phone space Dell also said he’s hearing from developers that it is easier to develop on Windows Phone 7 than on Google’s Android.