A Michael Jackson hologram took the stage at the annual Billboard Music awards, that the King of Pop still lives thanks to technology that many only expect to see on the set of Star Wars VII.

In a surprise performance a Michael Jackson hologram moonwalked across the stage at the Billboard Music awards on May 18th, outshining Justin Timberlake and other performers years after the real Michael Jackson’s death.

Kids of the 80’s and 90’s grew up with hologram baseball cards, but this is a huge step up in technology, projecting a lifelike Michael Jackson on stage to sing a song from the just released Xscape album that includes music recorded before the singer’s death in 2009.

The Michael Jackson hologram danced across the stage with other holograms and real dancers on a gold throne while singing, Slave to the Rhythm from Xscape. The performance went on for about five minutes to a stunned audience, many with smartphones in hand recording the experience.

The Billboard Music Awards team spent half of a year working on the Michael Jackson hologram, with planning, choreography and filming. The team also helped develop new technology. BBMA director and producer Larry Klein told BillBoard, We’ve been talking about it for the last five months and while we were talking about it they were still inventing the process,” adding, “It was really strange talking about something that did not exist.”

Klein explains part of the process behind bringing hologram Michael Jackson to life again. The magic includes a special stage at the MGM Grand Arena, and incorporating trademark Jackson moves, old costumes, lasers and flames into the experience. After careful deliberation the estate and producers selected Slave to the Rhythm and a team went to work to breathe life into a Michael Jackson hologram that had to deliver not only dance moves, but also goosebumps to anyone watching.

John Branca, Jackson’s lawyer and advisor, tells BillBoard why the family chose to unveil the hologram at this show, explaining, “This is something where we wanted a live performance in front of a live audience and nothing speaks to that more than an awards show.” 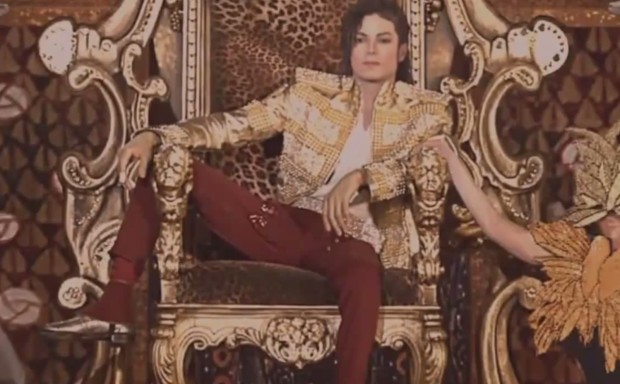 For the fans in the arena and watching at home, the Michael Jackson hologram looked real enough to creep out some fans and make others wonder if Michael Jackson was alive.

I am still freaked out about the whole Michael Jackson Hologram performance on the music awards. #creepy #somethingsshouldnotbe

I mean I love me some Michael Jackson, but his hologram performance last night was a little creepy to me… #confused https://t.co/korIXrifx0

Others hold out hope for a Kurt Cobain hologram to bring back another legend that left before his time.

First Tupac, now Michael Jackson. Can we have a hologram of Kurt Cobain next? PLEASE!?

In 2012 Gotta Be Mobile editor Adam Mills witnessed the return of Tupac at Coachella. Mills described the experience, writing, “For a second, I thought that one of the greatest hip hop artists of all-time had come back to life.”

This performance by a Tupac hologram blasted the use of holograms to bring music stars back to life into the mainstream. Since that time we’ve seen Ol’ Dirty Bastard, Eazy-E and others appear on stage. In 2012 the hologram Tupac came with a price tag close to half a million dollars and four months of work.

Although holograms are becoming more common, the cost and time required to deliver a believable performance makes a full-scale Michael Jackson hologram tour, or any hologram resurrection tour, unlikely for the time being. One of the joys of a concert experience is the subtle changes that each live performance offers.

Seeing the Michael Jackson hologram moonwalk across the stage and deliver a stunning performance once or twice is incredible, but without small deviations that live performances deliver a nationwide tour remains out of reach. At least until hologram technology improves and costs significantly drop.