Cross breeding is a tricky and dangerous game when it comes to mammals and plants. Some think it is voodoo science. Apparently Microsoft and Google think the same thing applies to gadgets and have soured on mixing their respective operating systems into one device that can run both. At CES 2014 Asus unveiled the latest in its multiple operating system devices called the Transformer Book Duet which was designed to run Windows 8 and Android 4.2. Asus has a history of creating devices that can run multiple OSs with a history that includes the Transformer Book Trio and the Transformer AiO, among others. 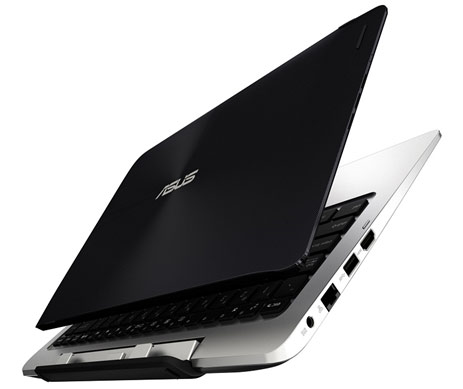 According to the Wall St. Journal, both Microsoft and Google decided that they couldn’t take a chance on a harmonious marriage debuting with the Transformer Book Duet and have exerted enough pressure on Asus to suspend its plans.

Many users like to work with multiple operating systems, some even carry around multiple devices to do so. We’ve seen multiple OS devices before that tried to appeal to that market segment, but none have really caught on. And certainly you can use virtual machines to run multiple operating systems on some devices. But apparently this time around, Microsoft and Google think that it is time to stop this form of gadget cross breeding.

The Transformer Book Duet was to feature the ability to go from a clam-shell laptop to a detachable tablet and using Instant Switch, a one button approach to move between the two different worlds of Android and Windows.

According to the Wall St. Journal, neither Microsoft or Google had interest in seeing this high-profile device come to market and have used their influence to get Asus to indefinitely suspend development of the device. Asus will also stop selling the Transformer AiO P1801 and P1802 all-in-one PCs that it debuted last year.