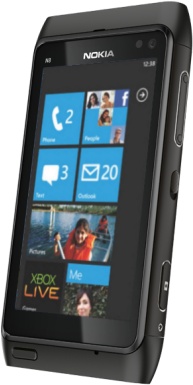 While we in the States were (and still are) sleeping, Finnish phone giant Nokia and software behemoth Microsoft announced a strategic partnership that would put Microsoft software, specifically Windows Phone, on Nokia smartphones and merge overlapping services together. This is possibly the biggest shift in the smartphone industry since a certain touchscreen phone was introduced.

While the partnership is a move of tremendous magnitude, it comes as no surprise to many industry watchers. Speculation that Nokia would adopt Windows Phone software has been alive since they hired Stephen Elop away from Microsoft to be their CEO. That makes him an ideal point man to lead the integration, and I suspect that was the intent all along.

The partnership fills some gaping holes in the smartphone strategies of the two companies. Nokia makes fantastic phones, no doubt about that. However, in the age of the iPhone, hardware is only part of the competition. The majority of the fight is with software and ecosystem, and Nokia simply does not have that. They bought Symbian. They took a shot at their own Linux distro, Maemo, before joining forces with Intel (another hardware company) for Meego. At its roots, Nokia simply isn’t a software company, and that’s the void Microsoft fills.

On the other hand, Microsoft is a software company, and sometimes they do pretty well with hardware, but not with phones. KIN bombed. Windows Phone looks good, but it does not have the backing of major commitments from phone makers. If Microsoft wants more than their sliver of the smartphone market, they need a strong commitment from a big manufacturer, and worldwide no one is bigger than Nokia. This is especially important in reaching the international community where Nokia is dominant.

Completing their partnership is a merging of services. Microsoft will integrate Nokia maps and Ovi Store into their own Bing maps and Windows Phone marketplace that should result in stronger services than either offers alone.

This partnership offers clear and compelling benefits to both sides. It is highly complementary and should yield positive results for both. However, let’s not kid ourselves about who wears the pants in this relationship. Nokia brought in a non-Finnish Microsoft guy to head their company. Their CEO used to work for Microsoft CEO Steve Ballmer. Nokia was still fiddling with Meego when Microsoft released Windows Phone. And earlier chatter was that Microsoft should buy Nokia, not the other way around. Definitely not an equal partnership for the world’s biggest phone maker. As much as Nokia should be respected for doing what is necessary, swallowing one’s pride to do so still stings.

So what say you? Great news for both? Better for one than the other? Big [bleep]ing deal but too little too late? Or is this meeting of giants more like when the Titanic met that iceberg?