Microsoft’s Windows and Windows Phone are showing a bit of progress when it comes to device sales. That being said, a lack of high-quality applications and useful third-party tools following into both of the operating system’s stores remains one of the few valid criticisms about both operating systems. It seems Microsoft is hoping that bringing formalized support for Facebook Login will help with that issue.

Microsoft announced the move in a post today, saying that it hopes adding support for Facebook Login will help it in its quest to support “rich development scenarios” for Windows 8.1 and Windows Phone 8. In the real world, formalized Facebook Login support, and the proper documentation that comes along with a first-party API, should help Microsoft attract longtime developers with established apps on other platforms. For example, a large percentage of popular apps on iOS and Android rely on Facebook login to store user’s information and settings. The Stitcher Podcast app uses the Facebook API to sync content between its mobile apps and a new web interface. 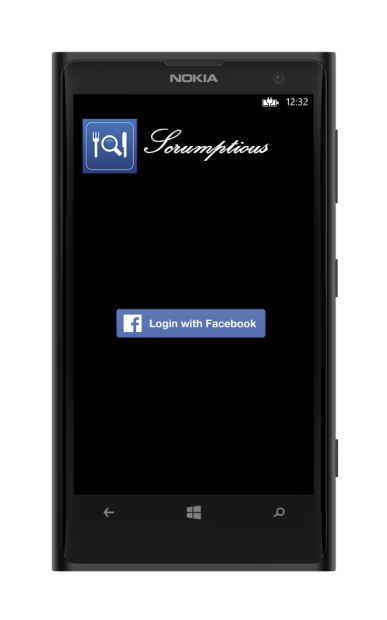 For its part, Microsoft says that a study commissioned by Janrain in 2012 found that “password fatigue was the leading cause of users abandoning apps and services. Facebook Login aims to solve this problem by allowing users to log into things with just their Facebook username and password.

What’s really interesting is that Windows Phone has just reached its fourth birthday and that time hasn’t passed without any applications using Facebook’s Login button in their apps. In fact, many of the top-tier Windows Phone apps offer Facebook login as an option. Microsoft says that this new Facebook Login API will allow developers to capture statistics using Facebook’s social graph and other things, so perhaps the differences are seamless for the end-user but not the developer.

To its credit, Microsoft says it already has updates with the official Facebook Login API in the works. That includes an updated Foursquare for Windows app that automatically finds friends from the user’s Facebook account, a new iHeartRadio for Windows app that should reliably sync users settings and share their favorite stations to Facebook and editions of Adobe Revel and Adobe Photoshop Express that allow users to share photos over Facebook.

Microsoft didn’t share any information about the exact date for each update’s launch.