Microsoft announced that it has sold 100 million licenses of Windows 8 operating system.

According to a newly released question and answer session with Microsoft’s Chief Marketing and Financial Officer for Windows, Tami Reller, the company surpassed the 100 million sold mark this past month. Microsoft previously announced that it had sold 60 million Windows 8 licenses this past January. 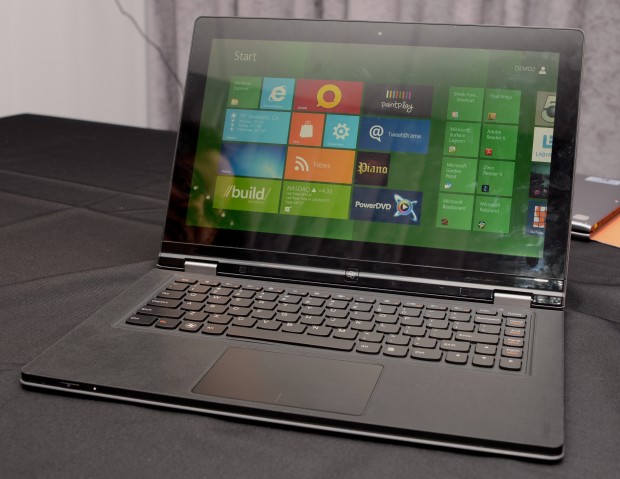 Reller also points out that 2,400 devices have now been certified to run Windows 8 and Windows RT, and that the company expects this number to include more devices with a touch screen going forward. While there are many touch-based devices running Windows 8 to choose from, including Microsoft’s own Surface RT and Surface Pro tablets, these devices are usually priced at a premium and don’t come in screen sizes smaller than 10.1 inches. According to sales numbers reported by Digitimes, that sub 10.1 inch screen size is where most of the growth in the tablet market is coming from.

Microsoft also seems to finally be ready to talk more about its plans for the next update to Windows, codenamed Windows Blue. Reller spoke on the subject, saying:

“Windows Blue is a codename for an update that will be available later this year, building on the bold vision set forward with Windows 8 to deliver the next generation of tablets and PCs. It will deliver the latest new innovations across an increasingly broad array of form factors of all sizes, display, battery life and performance, while creating new opportunities for our ecosystem. It will provide more options for businesses, and give consumers more options for work and play. The Windows Blue update is also an opportunity for us to respond to the customer feedback that we’ve been closely listening to since the launch of Windows 8 and Windows RT. From a company-wide perspective, Windows Blue is part of a broader effort to advance our devices and services for Microsoft.”

It had been rumored that Microsoft would attempt to bring Windows 8 touch devices to lower price points by lowering the price it charges partners like Dell, and Lenovo to include Windows 8 on their devices. Microsoft also made changes to its minimum requirements for Windows 8, and will allow its partners to ship devices with smaller screen sizes like the Acer W3-810.

It should be noted that while Microsoft’s figure of 100 million licenses sold does indicate a healthy PC market. Microsoft’s numbers don’t account for the actual number of devices running Windows 8 that have been sold to consumers. Instead Microsoft’s 100 million sold figure represents the amount of copies it’s sold to partners like Dell, HP and Lenovo.