Today, Microsoft, makers of the Xbox One entertainment console and Windows operating systems, takes another step in its efforts to build a complete ecosystem for smartphone owners worried about their overall health. Today is the Microsoft Band 2 release date. 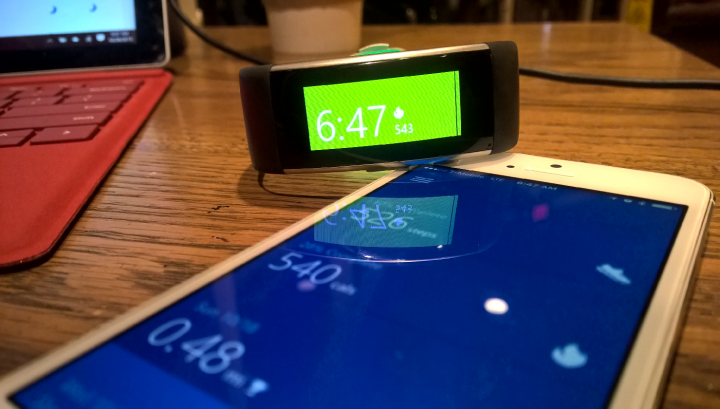 The Microsoft Band 2 comes in three sizes so that it can fit around virtually any wrist, all for $249.99. Compared to last year’s model, the Microsoft Band 2 is better looking. The company added metal accents to the face and buckle for some flair. The display of the Microsoft band now gently curves into the device itself, making it infinitely more attractive, we found.

Software on the Microsoft Band even allows it to track how much sleep wearers get. Users can look at the data the band collects with their phone or go to the Microsoft Health website for detailed analysis and comparisons to other people.

Built-in is support for typical exercise activities like jogging, biking and golfing. Microsoft has partnered with third-party apps, like Runtastic and Strava to extend their experience for Microsoft Band users. There are guided workouts for mixing things up. Users have to pre-load these workouts form their smartphone, but they’re almost like having a personal trailer on call. Runs without a phone are still tracked thanks to the device’s built-in GPS.

The Microsoft Band 2 competes with the Apple Watch and Android Wear in areas outside of fitness. iPhone and Android users get calling and texting alerts delivered directly to the Microsoft Band 2. The Band 2 also sensors when the user moves their arm upward, looking for the current time. There’s a Starbucks app too, for when users want to leave their wallet at home.

When connected to a Windows Phone, Microsoft Band 2 owners get calendar tracking, email browsing, and can respond to text messages directly from their wrist. Cortana, Microsoft’s digital personal assistant also takes commands from the device.