A recent job posting by software giant Microsoft suggests that the company is looking to work on development for the Surface 2 tablet. The job posting would mean that Microsoft would at least begin the process of development–starting with recruiting hardware and software engineers–of the Surface tablet successor a few months before the first generation Microsoft-branded Windows RT and Windows 8 slates will be available for purchase. It would also signify that Microsoft is investing into the Surface brand and is committed to creating hardware. 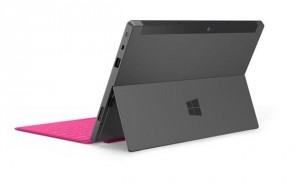 The job postings were discovered by TechRadar.

Though the Surface isn’t the first or only Microsoft-branded hardware from the company–there are the Xbox and the Zune franchises–the device is causing a ripple between Microsoft and its OEM hardware partners. One partner, Acer, had even called on Microsoft to reconsider its plans in entering the tablet space.

Along with the posting, Microsoft is also looking for engineers to examine ‘alternative power sources,’ suggesting that Microsoft is investing in research for battery technologies. Most notable is that the postings mention fast paced product cycles, which not only suggest that Microsoft will have future generations of Surface tablets, but tablets may be released frequently, perhaps on an annual basis to keep pace with Android and iPad releases.

The Surface has gotten a lot of coverage and positive attention in the media with its clean and minimalist design. Even Apple co-founder Steve Wozniak was impressed by what he’s seen. The Surface comes with an innovative smart keyboard cover accessory to allow it to convert from a slate-based form factor to a more traditional laptop-like setup. The device is expected to launch towards the end of October.