We had reported that Microsoft has a big announcement in Los Angeles, California on Monday regarding a Windows-based tablet, though it’s unclear whether the announcement will surround the Windows 8 operating system based on Intel’s and AMD’s x86 chip architecture or the ARM-based Windows RT release. The announcement would come sandwiched between the end of Apple’s WWDC developer conference and ahead of Google’s I/O developer conference at the end of the month that may see the debut of a Google-branded Nexus 7 Tablet made by partner Asus. Now, Mashable is reporting that Microsoft’s Monday announcement would be more specific, centering around the company’s own tablet hardware. 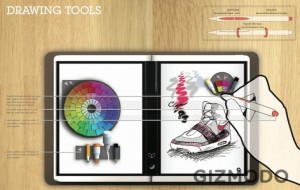 A Huge Gamble for Microsoft

This would be a significant move at a time when Microsoft is trying to court hardware partners to back its Windows 8 tablet endeavors. Despite the outreach effort, Microsoft is now focused on quality and user experience in a strategy decision that reportedly had shut out phone partner HTC from building early rounds of Windows 8 tablet hardware. That said, if Microsoft is to design, brand, and market its own tablet in-house, it seems that the Redmond, Washington software company is taking user experience to heart in a risky endeavor that may isolate other hardware partners.

Competing With Partners May Build Resentment

Microsoft and partner Nokia had criticized Google for its acquisition of smartphone-maker Motorola Mobility, claiming that the Google-Motorola partnership would create unfair advantages against other Android partners in the smartphone space. With Microsoft entering the hardware space in the tablet sector, if rumors prove accurate, Microsoft would essentially be replicating what Google is doing with its acquisition, though unlike Google which acquired Motorola for its patents portfolio, Microsoft would be entering the hardware space to create a halo product for Windows that demonstrates what it envisions the user experience should be.

In this sense, a Microsoft tablet would probably be more similar to Google’s Nexus line of smartphones. While Google doesn’t build the phones themselves–it relies on partners like Samsung and HTC–the Nexus phones demonstrate Google’s vision for the platform and sets a benchmark for other hardware partners to match and beat. Even more, Google is focusing the Nexus brand towards developers, and a pure Microsoft Windows experience sans bloatware and with the proper and easy-to-find drivers may appeal to Windows developers.

In the past, Windows was all about plug-and-play. Numerous drivers, disparate sets of hardware specs, and a variety of vendors helped to create a rich, robust system. However, the down side is that if hunting for the right drivers was often a headache and sometimes there were software or hardware conflicts. With Microsoft headed into the post-PC era, hopefully the company can help control some of that so that the experience from a Brand A machine will be comparable to that of a Brand B machine, reducing fragmented user experiences. This will lead to software being compatible across the board without much work from developers and may in fact attract more developers as it would be easy to code for the lowest common denominator.

On the phone side, Microsoft already has what it calls ‘recommended hardware specs’ for manufacturers, which helps to reduce fragmentation and provides for a minimal, consistent experience between different hardware partners. Moving from a Samsung, HTC, or Nokia device, performance is on-par, though hardware partners add their own hubs or custom software to create their own branded ecosystem on top of Microsoft’s minimum requirements.

In-House May Be Good

Microsoft already has experience building hardware in-house with some noteworthy products. The Xbox home gaming console and the Zune music players are some examples that immediately jump to mind. Though Zune never took off in the same way that Apple’s iPod did and the Microsoft hardware did little to change the personal music player space, the lessons learned from the Zune experience and standardizing on quality hardware to focus on the end experience had been a big part in shaping Microsoft’s Windows Phone experience.

It’s About Software–Hardware is a Commodity

More true now than ever before, hardware is becoming commoditized. There are a number of Tegra 3 Android tablets of slightly varying designs and quad-core is becoming a household name among geeks. What’s important is software. From the user experience to a robust ecosystem of apps to connectivity and social–these are the features that help lock in users and that’s the reason why the iPad still reigns. It will be interesting to see how Microsoft will compete against Apple by building its own hardware and software.

Microsoft is no stranger to software though. It had developed a prototype dual-screen tablet with a rich user experience called the Courier, though that device was scrapped and the team had subsequently turned the experience into an app called Paper for Apple’s iPad on iOS.

If Microsoft can create something simple, elegant, and rich like the Courier and launch it in a timely manner at an appropriate, and competitive price, then it will have a chance. Even Windows RT, which is aimed at lower cost ARM-based tablet systems, will have a licensing fee between $80 and $90. This will probably make Windows RT systems more expensive than competing offerings–Android is free for manufacturers to use and Apple doesn’t pay to license its own iOS on its iPad.