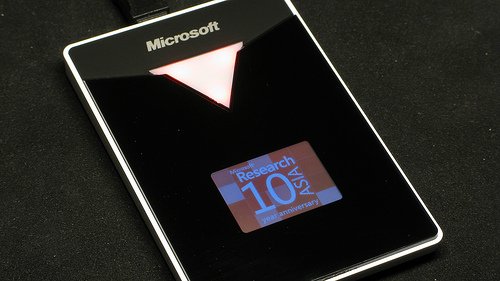 Word trickling out of Engadget is that Microsoft Asia is busy working on a smarter inductive charging pad. Out of blog, I’m Just Being Manan, a patent for the technology was revealed. Later, reader jihuiwen did them one better and shared photos of the actual prototype on his Flickr account.

The device, called a uPad by jihuiwen, is equipped with sensors to detect when and where a device is placed on it, as well as an accelerometer to determine which side is up. Charging is wireless via induction, and the pad is connected to the Internet so it can fetch data, such as news and/or weather, to display on its OLED display.

Though the prototype seems little more than a fancy charging mousepad, I see greater potential here for smart devices. Perhaps, if it ever comes to market, they could work in some means of displaying information about smart device(s) placed upon it and maybe the ability to share/sync between multiple devices placed on it.