The house of Microsoft has just announced that it had acquired Nokia’s devices division. News of the acquisition comes just after Microsoft CEO has announced his retirement from Microsoft, though the move will help to further Ballmer’s vision of making Microsoft more into a devices and services company to compete with the likes of Apple and even rival Google, which leads with Android and a Nexus portfolio. The Nokia deal allows Microsoft to create far ranging hardware under its own moniker and brand, such as Xbox for home gaming consoles, Surface for computers and tablets, and now the Lumia brand will be absorbed and could potentially be re-branded as a Surface phone.

Ballmer called this a “bold step towards the future.” The CEO remains confident and hopeful for what it could do with Nokia, citing that the Lumia 1020 is an excellent phone but hasn’t received the bump in market share that he feels it deserved in an email. It’s unclear if Ballmer’s successor will feel the same confidence for building hardware as Ballmer does; Microsoft is still in a period of transition. 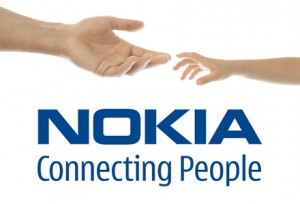 Though Microsoft is already strong in its patent portfolio, this deal will bolster the company’s intellectual property holdings and will be beneficial to Microsoft in a highly litigious market with a number of lawsuits. Currently, though Windows Phone generates licensing revenues when Microsoft licenses the mobile OS, it’s been rumored that Microsoft makes a lot more from Android device manufacturers based on licensing patents to those players–patents that Microsoft says Android infringes upon.

Rumors of a Microsoft acquisition of Nokia had been thrown about multiple times in the past, though both companies had previously denied that Microsoft would buy its largest hardware partner.

Most recently, after Nokia’s credit ratings were downgraded after the company had acquired the Nokia Siemens Network and renamed the entity to Nokia Solutions and Network, Nokia had responded in saying that its business is healthy.

It’s unclear what the deal will mean for Nokia CEO Stephen Elop, a Microsoft alum who took over reins of the Finnish smartphone-maker. Famous for his “burning platform” memo that marked the drastic change in strategy away from Nokia’s use of the Symbian operating system to Windows Phone, Elop is also a rumored candidate to replace Ballmer as CEO of Microsoft. With the deal bringing Nokia in-house to Microsoft, Elop may become a closer contender for the top position.

As part of the deal, for now, Elop will be moving in-house to Microsoft’s Devices team, working alongside Julie Larson-Green. According to The Verge, Elop’s role isn’t quite fully defined yet.

This certainly marks an end to a mobile era for Nokia, a company that had led the world’s smartphones and feature phone sales for over a decade, but was caught off guard by Apple’s unveiling of the iPhone in 2007 that brought forth new technologies, like touch.

Hopefully, Microsoft does better for Nokia than HP did when it had acquired smartphone-maker Palm. After having taken the helm of Palm, HP had let the company die.

After shedding its consumer business, Nokia will continue to operate three businesses. As mentioned, the Nokia Solutions and Network business will build infrastructure for carriers. The HERE global locations business will develop mapping technologies, and Microsoft has committed to a 4-year licensing for HERE maps. Nokia will also operate an Advanced Technologies arm for licensing.

Update: Nokia’s lead carrier partner in the U.S., AT&T Mobility, has responded to news of the Microsoft acquisition with a positive outlook.

“Microsoft’s acquisition of Nokia’s handset business will help strengthen the Windows Phone ecosystem,” AT&T Mobility head Ralph de la Vega commented. “It underscores how the future of mobile computing will be software-driven and cloud-based, further taking advantage of high-speed mobile networks to transform how we live and work.”