Calling the launch of the Surface Windows 8 Pro tablet a success despite lukewarm professional reviews and criticisms of limited stock on launch day, Microsoft has confirmed that it will continue to grow its Surface family. The Surface lineup debuted with the Surface RT tablet last fall, which ran a more limited edition of Windows RT on a more power conserving ARM processor, and this past weekend Microsoft launched the Pro edition that is capable of running legacy apps on a powerful Intel core processor. 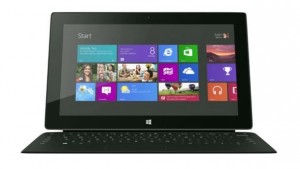 According to statements to ABC News‘ Joanna Stern, the Redmond, Washington software giant says that this is a marathon and not a sprint and that Surface is just getting started. The company expressed satisfaction for the momentum that Surface has created.

Despite confirming plans for future Surface tablets, Microsoft did not elaborate on specific plans. In the past, there had been rumors of a potential Microsoft-branded Surface Windows Phone smartphone as well as three new Surface computing products, including a Surface RT 2, a Surface Pro 2, and a Surface Book, which is an even larger tablet with a 14.6-inch rumored display size.

The Surface was created, according to Microsoft, is that it was a completely different product. Though labelled as a tablet, Microsoft Surface head Panos Panay says that Surface Pro should be considered a notebook first with the convenience of a tablet. Microsoft’s Corporate Vice President for Windows Planning says that its OEM partners were doing a great job creating notebooks and laptops, and that was why it didn’t want to enter the hardware space with that familiar form factor.

The Surface is Microsoft’s first attempt at entering the hardware space in the PC business. The company has other branded products, including Kinect and Xbox, Zune, and a line of computing peripherals including mice and keyboard.

The success of Surface, in my opinion, is that it has created an open dialogue about Windows 8 for Microsoft. Even if the Surface doesn’t sell in numbers, it will help Microsoft’s OEMs move products running Windows 8, and as Microsoft is still a software company, that will be a big win.