Microsoft is working to combine the application platforms of Windows Phone and its Windows operating system, if new reports are correct.

According to sources being cited by The Verge, Microsoft’s Terry Myerson announced that the company is planning to combine the Windows Phone Store and the Windows Store in future releases of both platforms. More specifically, it’s being reported the Myerson explicitly said that the unification would come along with the “next releases” of both platforms.

Although Microsoft hasn’t publicly talked about any future releases of Windows Phone beyond the GDR2 update that it finalized in the early summer, early reports indicated that the company would release Windows Phone 8.1, or Windows Phone Blue to users next year. As for Windows 8 users, this update wouldn’t come until an update planned for the operating system in the early spring. Windows 8.1 has already been finalized. Although it’s not exactly in consumer hands yet, it’s unlikely that a platform change this big would be added this late in its development cycle. 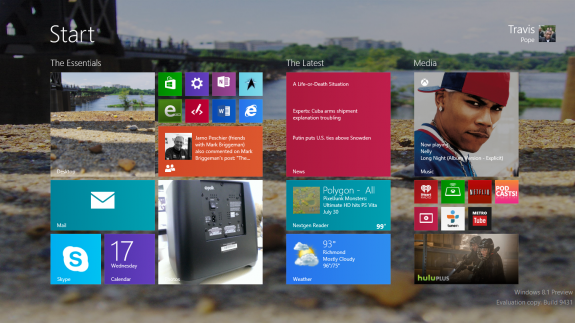 As for how it would actually work. Windows Phone applications and Windows 8-style applications are very similar and use most of the same programming technology to perform behind the scenes functions. Where they differ is on platform APIs, that is the functions that are directly contributed to the operating system. For example, Windows 8 applications use WinRT, code that allows applications to access different resources in Windows.

While Windows Phone 8 also supports a few of the same functions, many of them haven’t made their way to its WinPRT API. The problem is made worse by the limited amount of features from Windows 8 that are included in Windows Phone. For example, Charms, which enable things like Search and Sharing, aren’t something included Windows Phone 8’s WinPRT.

Bridging the two operating systems would be a huge undertaking, though its one Myerson is in a perfect place to take on. He recently took over as head of a unified operating systems group charged with creating Windows, Windows Phone and the software that runs on the Xbox.

Regardless of the developer implications, a combined Windows Phone and Windows 8 store would likely be great for users. As it stands today, users who purchase an app on Windows 8, have to repurchase that same application on Windows Phone. It would also go a long way in boosting the number of applications that are available for Windows RT.

Its app selection is particularly anemic, even when compared to Windows Phone.