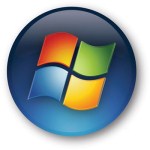 According to Morgan Stanley analyst Adam Holt, when it comes to tablets, Microsoft could be “closer to competitive than some realize”. Unfortunately, that’s not saying a lot. In fact, it’s actually a little depressing.

Before the iPad, almost every tablet computer on the market was a Windows-based PC. Whether it was a Tablet PC, UMPC or convertible notebook or netbook, they almost all ran Windows. Granted, that market was a lot tinier, but they still dominated it. So a statement that Microsoft could be “closer to competitive” is just a reminder they are no longer even considered a player in a market no one knows they once owned. At this point, simply being known as a competitor, which they already are, would move them “closer to competitive than some realize”.

What’s more, the heart of Holt’s statement is that Windows 8 (or whatever the next version will be called) will be ready for ARM chips as soon as the end of the year or the start of 2012. That’s great if true, but that still only brings them back to being known as a competitor.

For Microsoft to actually be competitive, not just “closer to competitive”, they need to finally treat tablets as a distinct form factor, not just as PCs in tablet shape. That takes devotion to the user interface and experience. That means developing an ecosystem of interactive devices (that are not all PCs). That means doing a lot more than adapting to a new processor. This report indicates they are closer to competitive, but it doesn’t mean they’ll be close to competitive. Show me the analyst who raves about a new mind-blowing GUI, then I’ll get excited.