Microsoft is now ready detail the features coming to users as a part of the Windows Phone 8 Update 3 software upgrade destined for devices soon.

Although the software update has a slightly altered title – it was originally known to the world as GDR3, Windows Phone 8 General Distribution Release 3 — this is the same update that leakers shared information about during the summer.

Following the update, users with 5-inch and 6-inch Windows displays will get an extra column to place Live Tiles on their device’s Start Screen. Microsoft says that users can also look forward to a user-interface that has been slightly enhanced to better take advantage of all the new screen space that their device has to offer. These screen enhancements and support for Qualcomm’s quad-core Snapdragon 800 processor are destined for new devices set to be released to manufacturers over the fall. That includes the Lumia 1520 phablet that Nokia is expected to debut at its press event on October 22nd.

The update also includes plenty of features for users who aren’t planning to update to a new device this fall. Microsoft says that Windows Phone 8 Update 3 includes better accessibility support with enhanced audio alerts, app closing in the multitasking menu and a new screen reader function for those user who might have a hard time reading things on their device’s display. 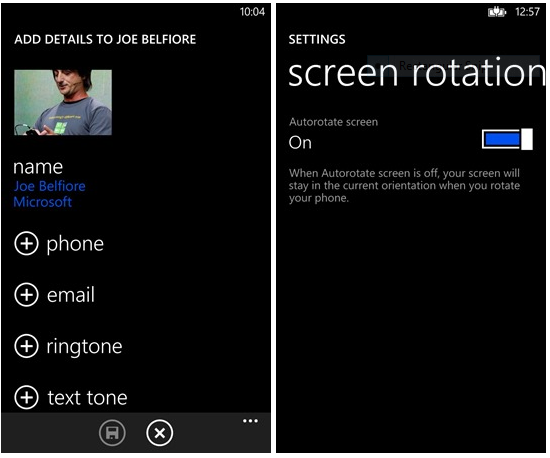 Microsoft has also added Bluetooth connection options for the Internet Sharing capabilities that Windows Phone 8 already has. It has also gone and added better support for Bluetooth accessories across the board, the ability to connect to wireless internet connections during Windows Phone’s setup processor, new options for monitoring on-board storage and custom support for custom audio alerts.

Microsoft says that users can expect the final version of the update to roll-out over the next “several months,” however that doesn’t mean that users who are determined to get their hands on the update can’t do so today.

The company is finally kicking off the developer program it began talking up during its Windows Phone 8 press event last year. Developers can update to a pre-release version of Windows Phone 8 Update 3 later today.

That isn’t to say that all users should download the preview of Windows Phone 8 Update 3. Microsoft says that the update preview contains only its software, not the drivers and customizations made by carriers. In effect, it’s possible that downloading the update could cost users a bit of battery life. It’s also very possible that downloading the update voids a user’s warranty. If all of that wasn’t enough to deter casual users, there’s also no way to go back to the stable version of Windows Phone 8. Once Update 3 is installed, users are stuck with it until Microsoft and their mobile operator releases the final version of the update.