Microsoft Drops Huge Feature in Next Xbox One Update

Microsoft is once again using is software prowess to stuff its Xbox One console full of features entertainment lovers will enjoy. After beating Sony in offering nearly every other entertainment feature, Microsoft said this week it’d add the last piece of the puzzle. Beginning later this week owners of the Xbox One will be able to Miracast what’s on their devices straight to their television. 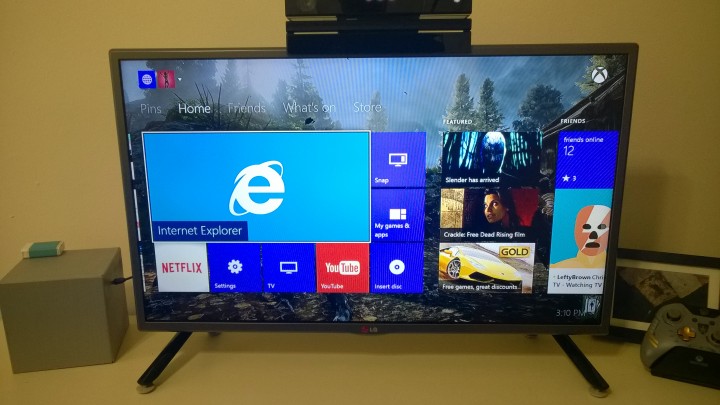 Miracast is a streaming technology that allows one device to use another as its display. When set up correctly, what users see on their screen is a duplication of what’s happening on their device. Miracast streaming was a highly requested feature on Microsoft’s Xbox Feedback website. Mostly, that’s because it’s about as close to a universal standard as wireless streaming has. It even works on Android smartphones. To be clear, Miracast doesn’t just play music or video like the Play To technology already available with the Xbox One. You can actually use an Xbox One equipped with the new Wireless Display app as a monitor replacement if you’d like.

Also included in the May Xbox One Update is expanded support for broadcast TV tuners. Microsoft hasn’t added support for more TV tuner models, but the company has added an additional screen during setup that gives Xbox One owners a breakdown of the channels they are receiving thanks to their new TV tuner. Microsoft revealed support for some WinTV tuner tuners and announced it had one of is own in the works earlier this month.

Microsoft is adding an additional step in the Xbox One setup process with the May Xbox One Update. Starting with this software upgrade, anyone setting up an Xbox One will be asked whether they’d like to use the Xbox One’s low-power mode or not. Choosing not to do so means your console will turn completely off, leaving you without the ability to turn it back on with a voice command, update apps automatically, or download purchases. Microsoft is including the option in the setup process to help those who’d like to conserve more energy.

Voice Messages aren’t new with the May Xbox One Update, but they are tweaked. Today you can’t send a Voice Messages from within the Party app. With this update you can. Microsoft is also adding in support for a virtual power button on the Xbox One SmartGlass app. Today you can turn your Xbox One off with SmartGlass for iPhone, Android and Windows. After the update it’s possible to turn the console on too. This feature also requires that your Xbox One’s low-power mode be enabled.

Being the first to offer Miracast streaming is another decisive swing at the PS4 from Microsoft. When Sony launched the PS4 it promised to deliver an experience that was tailored for games. In quick order Microsoft has managed focus on games and still provide the common sense features that users need. Whereas Sony only delivered a stasis mode for some games last month, the Xbox One has worked that way since launch. PS4 users can’t yet play video they already own, though thy can sign up for Spotify and stream music that’s already in their collection. There’s no DLNA media streaming on the PS4 either.

It’s sales appear to be lower, but it’s not because the Xbox One doesn’t offer a complete media solution for your living room. The Xbox One is the clear choice for anyone who likes gaming and things not available on a streaming service for now.

Read: Xbox One vs PS4: What Matters Now

If Microsoft stays true to its release cadence, owners of an Xbox One consoles not enrolled in the Xbox Preview Program can expect the May Xbox One Update sometime in early or mid-May.