This week, Microsoft announced that it was ending support for a number of products still in use by millions of people. If you’re running Windows 8, Windows 8.1, or almost any version of Internet Explorer (IE), you’re at risk.

You might be thinking that it seems awfully sudden for Microsoft to end support for so many products – but the Redmond software giant actually announced the move in the middle of 2014, to give users time to prepare.

So, is your computer supported? It’s actually a pretty difficult question to answer, so first, let’s talk about the products that aren’t supported anymore. 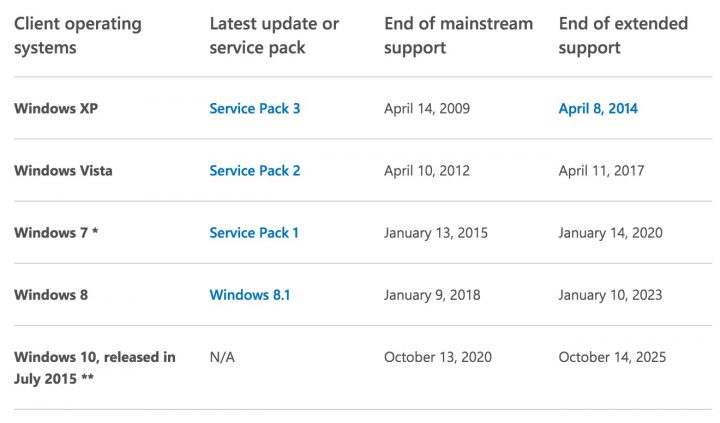 If you’re running Windows XP, it’s time to upgrade. Your system is not supported, which means it won’t get any software updates or security patches, and any version of IE it can run is also unsupported.

If you’re running Windows 8 (not Windows 8.1, but the original Windows 8), you’re not supported. This is in large part because Microsoft rolled a number of updates and fixes, as well as structural changes to the OS, into the Windows 8.1 update. If you update to Windows 8.1, you’ll be back to getting support and security updates.

If you’re running Internet Explorer (IE), the web browser that ships with Windows, you might not be supported. Anything outside of Internet Explorer 11 is not supported by Microsoft, which means you won’t get security updates to patch dangerous vulnerabilities in your software – and it’s especially important to make sure that your web browser is up to date, as the servers that host the sites you visit can sometimes have harmful intentions. There is one caveat: if you’re running Windows Vista, you might still be supported.

Read: How to Browse the Internet on Windows 10

Users running Windows Vista will still get important security updates until April 11th, 2017 – that’s the date Microsoft has chosen as the end date for Vista’s “extended support” offering. It’ bears special mention here because the highest version of Internet Explorer that works on Windows Vista is IE 9 – so that version will continue to be supported on Vista until 2017. A similar circumstance befalls Windows Server 2012, which only works with IE 10 and earlier, so it will likewise continue to receive support. 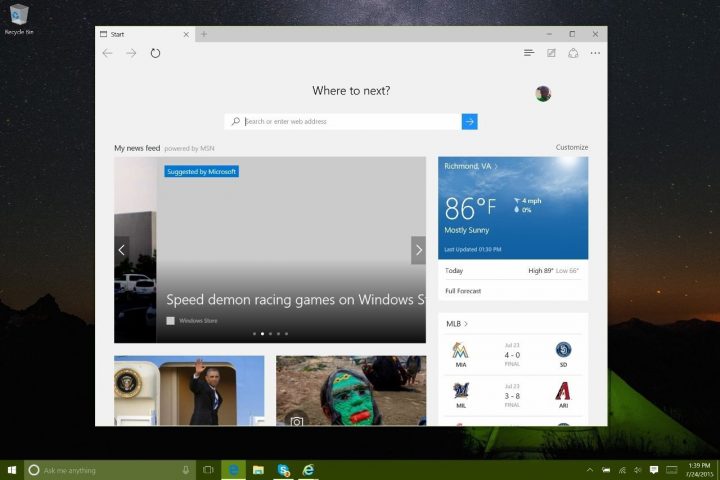 If you use any other version of Windows, or another web browser, congratulations! You still get support and security updates straight from Microsoft. You can stay updated by turning on automatic updates from within your Windows Update  (hit your start button and type ‘update’ or ‘windows update’ and you should see the right entry pop up).

In order to check on other Microsoft products – or for peace of mind in the future – you can look up the lifecycle of any of their products over at the Microsoft Support Lifecycle webpage. Just type in the relevant product and hit enter.

If you’re eligible for a free upgrade to Windows 10 (which is to say, almost anyone), all you need to do is download the update. If that makes you a bit uncomfortable, you can actually get help with the install in person, at places like Microsoft’s retail chain of Microsoft Stores.