According to a report from AllThingsD, Microsoft’s Surface announcement wasn’t a complete surprise for its partners. Steve Ballmer told AllThingsD that Microsoft had tipped off its partners ahead of time, although no time frame was mentioned, so that could have been phone calls earlier in the day of the event. On some levels that makes the secrecy of the Surface event all the more interesting, given that a well timed leak from a disgruntled partner certainly could have spoiled some of Microsoft’s show. 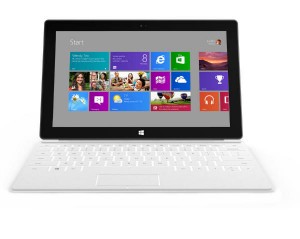 How Microsoft’s vision of this new business model plays out will be one of the fascinating stories surfaced by the Surface announcement. As I mentioned in this post last night, it is important context to remember that many of Microsoft’s partners started dancing with different partners back in the days of Netbooks. That has certainly continued with Tablets as Microsoft has taken its time on Windows 8 and developing the Surface Tablets. Business is business certainly, but I’m guessing Microsoft has a long memory on how that played out.

As I say, this will be interesting to follow. In the short term, there will certainly be some re-thinking happening among Microsoft’s partners. We won’t know the results of that for some time yet. In the long run, Microsoft’s move into making and marketing its own hardware might just change the game to all of our benefit. Only time will tell.