Capossela provided commentary and insight on Microsoft’s mobile efforts this past week during an interview on the Windows Weekly podcast. Microsoft has made its own mobile software for years, re-tooling it to take on the iPhone with the release of Windows Phone 7 back in 2010. It became a smartphone maker when it purchased the Devices and Services portion of partner Nokia in 2014. It’s released only two devices capable of competing with the horse power, design and price of Apple’s flagship smartphone: the Lumia 950 and Lumia 950 XL. With those available on store shelves now, rumors have turned to Surface Phone. 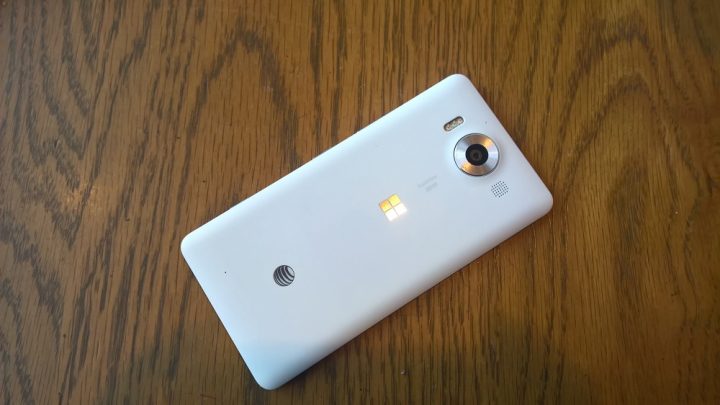 “We need some sort of spiritual equivalent on the phone side that doesn’t just feel like it’s a phone for people who love Windows,” Capossela tells program hosts Paul Thurrott & Mary Jo Foley. He’s definitely hinting at the Lumia 950 and Lumia 950 XL only being stop gaps meant for those who truly will do anything to own a Windows Phone right now. “It’s got to be a phone where it’s like, ‘wow, that’s a real shock or that’s a real breakthrough, and that’s going to make me (as a hypothetical Apple fan) pause before I buy my 17th iPhone.’” He says that Microsoft needs “Time to actually go build that,” justifying the existence of the Lumia 950 and Lumia 950 XL.

Read: Microsoft Lumia 950 Review – The Phone That Can Be a PC

At no point does he say that a Surface Phone is on the way. Instead he hints that something like what’s been described by recent Surface Phone rumors is in development.

Surface Phone rumors have swirled ever since it was first reported that Microsoft’s Panos Panay would lead all of Microsoft’s hardware efforts going forward. His team was only responsible for the Surface family of notebooks and 2-in-1s before. Panay now heads engineering for every deice that Microsoft releases.

In a tour of the labs that Microsoft designs new devices in that appeared in Wired earlier this year revealed that the same designers working on Surface devices are working on new phone designs. Unfortunately, the report doesn’t say what the device looked like.

A Surface Phone would absolutely use the same Windows 10 Mobile operating system that’s available now on the Lumia 950 and. Lumia 950 XL. That could mean that the Continuum feature that allows Windows Phones to become low-powered desktop machines is when paired with the Microsoft Display Dock is included.