A number of Microsoft Surface Pro 2 users are quite upset that Microsoft goofed with Surface firmware faulty updates for the device, resulting in the update being pulled yesterday. Some users were able to install the firmware update and are reporting severe battery life drain, which is an issue Microsoft has acknowledged. Other users reported that the update failed to install. But for some it may have installed even though they are getting an error message that says it failed. Microsoft posted a curt message yesterday noting the update was being pulled. The message said:

To ensure the best experience for our customers during the holiday season, we have taken steps to remove the update for Surface Pro 2 that was previously published through Windows Update on December 10th, 2013. We are working to release an alternative update package after the holidays. 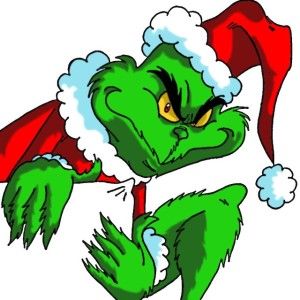 While Microsoft wants everyone to have “the best experience for our customers during the holiday season,” that apparently only applies to those who might be purchasing or receiving a Surface Pro 2 after the update was pulled or those with a failed install. Those customers who already have the update will have to wait until after the holidays for a fix. For those who had the update installed there are questions that remain unanswered beyond the “see you next year” comment. That’s not just rude, it is almost derelict.

Here’s the deal. Microsoft, like every other company that creates, markets, and sells consumer electronics and computers, spends most of its year aiming for a big push for the holiday season. They all want their products to be opened on Christmas morning. They work with retail partners far and wide to ensure product visibility and availability with special promotions.

But, when it comes to the holiday season, many of the tech companies, like many other industries, allow their employees to take extended time off to enjoy the holidays. That needs to stop.

It is well know that Microsoft essentially shuts down during the holiday season with many employees taking time off. But in cases like these, that leaves customers Microsoft so diligently worked to cultivate and acquire in the lurch when something goes wrong. And let’s face it, things do go wrong with updates, software, and hardware. The results of those problems multiply during heavy times like the holidays.

Apple is facing a serious issue as well this holiday season with iOS 7 as many current users are experiencing problems with the buggy new OS. Unless Apple releases an update this week, it is a safe bet they won’t do so until after the holiday season. This will leave many new customers experiencing issues with their shiny new Apple products on Christmas morning. Magical and heart string tugging commercials quickly lose their luster and emotional appeal when your device keeps springboarding.

Tech companies like Microsoft, Apple, and others need to maintain enough staff over the holidays (and before) to continue working on updates and fixes to buggy products. Yes, customer support call centers will be open. But getting a support message that says the issue will be addressed in an update coming soon is like opening a gift and finding an IOU. After all, tech company retail partners know that they are required to work long hours from November through early January. It’s a part of the job. Tech company employees make much larger salaries than those of their retail partners, who sell the products that pay those larger salaries.

Releasing products shouldn’t be a “fire and forget” scenario for consumer tech companies. Especially in light of the fact that it is rare these days that products are released without issues that require fixes. Sadly we’ve grown accustomed to and accepted the fact that new products and new software releases will require fixes in ways that I believe lend themselves to buggy releases.

There are certain industries that know they are in the business of making the holidays a happy time for others. They accept that and their employment practices align accordingly. Microsoft and its brethren need to recognize that they too are in that category and keep certain employees working on solutions to allow its customers to enjoy the products they purchased so they can live up to that “ensure the best experience for our customers during the holiday season” statement.

I may be a bit of a Scrooge by suggesting that these companies keep working up to and through the holidays. I know the employees work hard all year. But, I’ll take being a Scrooge about this issue over tech companies working on schedules that potentially sabotage Christmas mornings for new customers in ways that would make a Grinch greener with envy.