Microsoft is building and testing its own smartphone with Asian suppliers, according to the Wall Street Journal.

Microsoft is still in early stages with the smartphone, so it’s not clear if the company intends to mass produce the phone, or if it is just testing a phone. The phone is reportedly in line with high-end smartphones on the market like the iPhone 5 and Samsung Galaxy S III with a screen somewhere between the two devices.

The smartphone could end up coming to market as the rumored Surface smartphone, or it could just fizzle if Microsoft decides it doesn’t want to make the phone.

Recent rumors said Microsoft will come out with the Surface sometime in 2013 with the second wave of Windows Phone 8 devices. 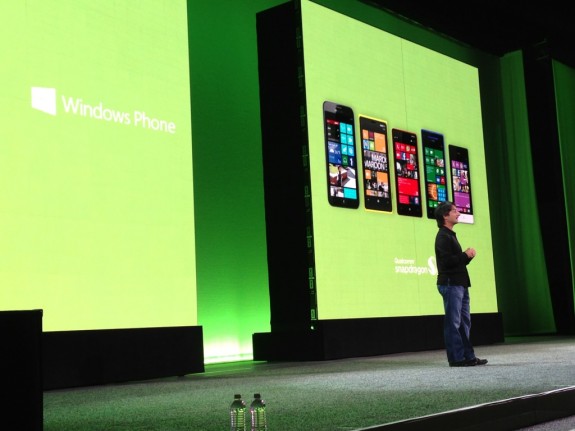 Microsoft’s last foray into the smartphone business came before Windows Phone 7 with the Kin on Verizon. Despite Microsoft’s best marketing efforts and some interesting features like automatic photo backup the Kin One and Kin Two only lasted a few months.

Recently Microsoft seems to take a blend of strategies from Google and Apple for mobile. The company decided to make its own tablet to compete against the iPhone with the Surface RT and Surface Pro. For Windows Phone 8 it deemed the Windows Phone 8X by HTC and Windows Phone 8S “signature” devices which is similar to Google’s Nexus program.

Nokia CEO Stephen Elop recently said that he’d welcome a Microsoft smartphone that would compete against the Nokia Lumia 920 and Lumia 820. Elop said a Microsoft Windows Phone would help “stimulate” the Windows Phone 8 market, which could help out every company involved.

If Microsoft does make such a smartphone it’s one step closer to emulating Apple’s strategy that’s worked so well for the Cupertino-based company. Microsoft is slowly building its number of retail stores which will help sell a possible Surface phone and the Surface tablets, along with devices from Microsoft partners.