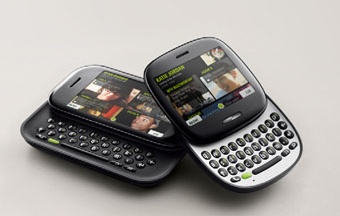 Some of the big brains on the Internet have been weighing in on Microsoft Kin (Kevin Purcell’s got our report on Notebooks.com), throwing out everything from heavy analysis to utter disbelief. I admit to some extent it appears puzzling, but I can sum it up in one word: iPod.

As you may recall, Apple’s iPod has been the top portable media player for years, burying all would-be competitors by a wide margin. The only rival with the resources to keep running hard in the race is Microsoft and even they are doing little more than fighting it out with their fellow second-placers. Fighting the iPod directly has proven to be almost futile. At the same time, letting Apple run completely unopposed would be even worse.

One of the reasons Apple has been so successful with the iPhone and now the iPad is that they’ve been building their target audience for years: iPod owners. General iPod sales are on the decline, while iPod touch sales are on the rise and iPhone and iPad sales are exploding. Clearly, Apple’s iPod base is rolling over and upgrading to these higher-end products. This is a huge advantage for Apple and a massive deficit for anyone fighting the iPhone.

So no one can topple the iPod, and the iPod feeds user to the iPhone. Does that mean everyone should give up? No, of course not. There’s too much money at stake and the smartphone market is huge. Someone’s going to fight for that money and market share. If they can’t fight Apple directly, they gotta do it indirectly, and that’s where Kin comes in.

Kin is a feature phone. It has messaging features. It has a keyboard for texting. It has Zune built-in. It’s targeted squarely at the youth market. Is the device a one-to-one competitor to the iPod? No, but it targets the same audience and offers the social features they want. And that’s how you fight the iPod indirectly. We’ll see if it works or not, but the strategy makes sense. When you open a restaurant next to a popular pizza place, you open a sandwich joint or a coffee shop, not another pizza place.