Microsoft Listens To Users, Start Menu and Windowed Apps Are On the Way

Microsoft is making two key concession as it moves to make future versions of Windows more usable for those who don’t like Windows 8. It’s bringing back the Start Menu and windowed apps in a future version of Windows.

Microsoft announced the two key changes today during its BUILD 2014 conference aimed at developers. According to The Verge, a new setting will allow users to turn the Start Screen into a miniature version of the Start Menu that used to be included in Windows. Windows Store apps will still be pinned to this Start Menu, so that users can still gaze at their live tiles and other information. This a huge concession for Microsoft, which seems willing to acknowledge that the full-size Start Screen it introduced in Windows 8 might have included a learning curve that was too steep for casual Windows users. 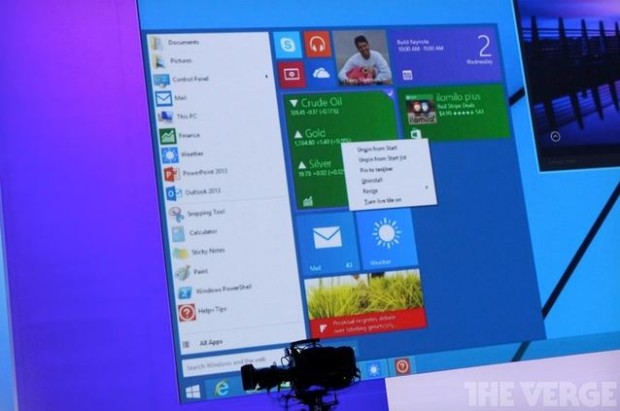 Oddly, the second biggest complaint user have had about the Start Screen is how the apps that launch from there take over the screen. In Windows 8.1 Microsoft addressed this by letting users split their screen and run two Windows Store apps at the same time. Going forward, Microsoft is going to allow users to run Start Screen applications in the Desktop. No tricks. No gimmicks, a picture of the feature shows the Mail app running side by side with other apps in the desktop. 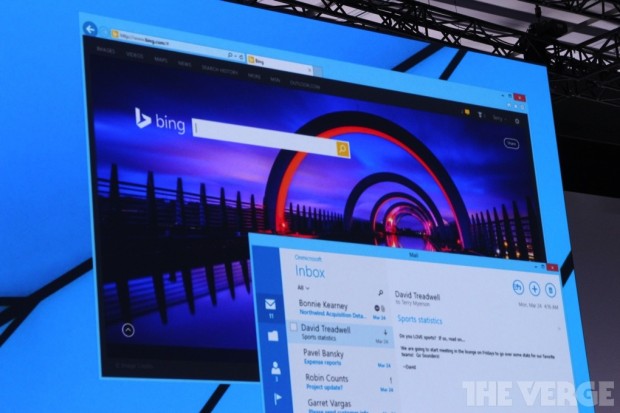 The Windows Store Mail app and the Desktop version of Internet Explorer running side by side from The Verge.

Effectively, Microsoft has now solved all of the user experience complaints being leveled at Windows 8. To be clear, the word is that users will have the option to enable these settings, however it makes sense that Microsoft might also have plans to enable each of these features when Windows detects a touch screen.

Windows 8.1 Update 1, an update that Microsoft says is coming to all Windows 8 users on April 8th, actually hides the Start Screen if it doesn’t detect a touchscreen.