Speculated to have responded to negative comments and public policy, Microsoft has once again amended its Office 2013 license terms to make owning Office 2013 more consumer-friendly. Users who own Office 2013 can now migrate or transfer their Office license to a new PC should their old PC fail or if they decide to upgrade to new Windows hardware. 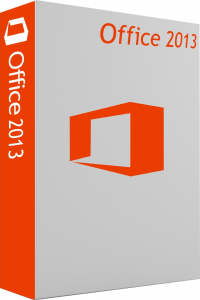 Under the old terms when the popular Office productivity suite was released, licenses for Office 2013 was good only for the single PC that it was originally installed and activated on. Microsoft only allowed the license to be transferred if the hardware that ran Office 2013 failed while under warranty. If users voluntarily upgrade their computers or replace their aging computers, that license of Office 2013 cannot be transferred to the new PC. The license, in effect, was tied to the hardware and not the user. Essentially, if you upgrade your laptop to a new model, you wouldn’t be able to take your Office 2013 license with you under the original licensing agreement, but Microsoft has introduced new terms.

The new licensing structure introduced by Microsoft on Wednesday, and is effective immediately, makes it a lot more flexible for consumers. The license is now tied to the end-user and users can now request to transfer the license from PC to PC if their hardware changes. The caveat is that users can only make changes once every 90 days so don’t expect to PC hop frequently if you only have a single user license of Office 2013.

Microsoft says it will upgrade the license language on its retail boxes and packaging soon, but that the new, more consumer-friendly licensing terms apply immediately.

In the past, Microsoft had encouraged users to choose Office 365, the subscription-based version of Office 2013, for those who worry about the number of PC constraints as Office 365 allows for use on up to 5 PCs at a cost of roughly $100 per year.